Just in time for a little Halloween weirdness, is this delightful fellow from the "classic" film,
The Thing With Two Heads (1972) starring Ray Milland and big Rosie Grier.
Early in the movie, mad scientist Ray Milland, perfects his head transplantation technique on a
poor confused gorilla. The poor critter was created and played by a very young Rick Baker. 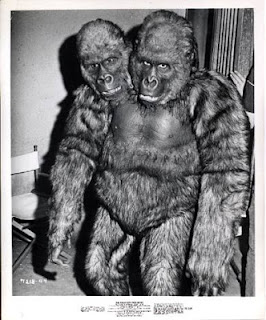 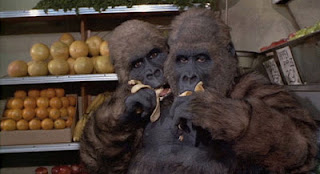 This was Ricks first outing in a film as a gorilla, albeit a very strange one.