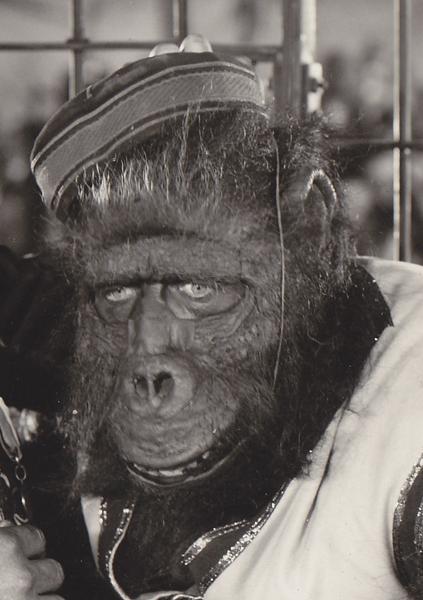 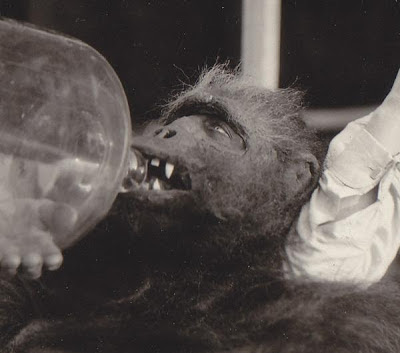 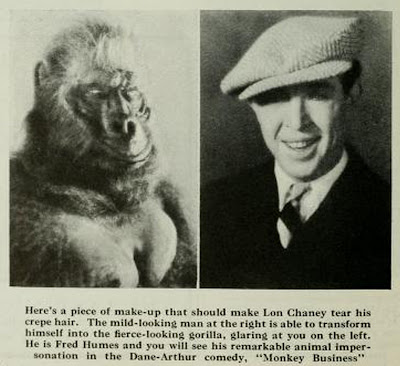 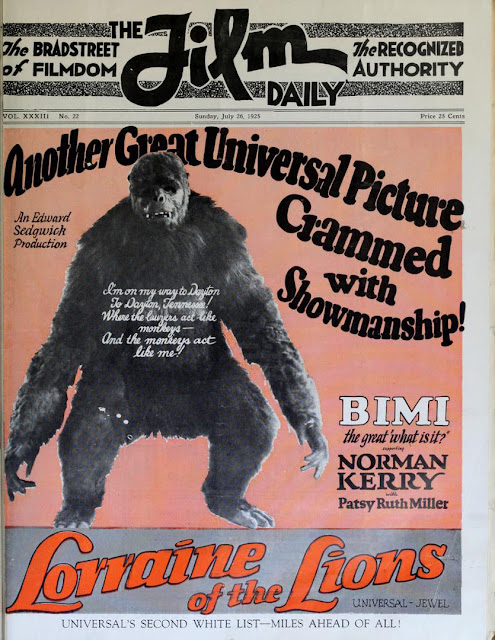 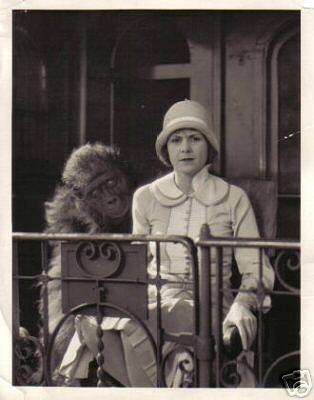 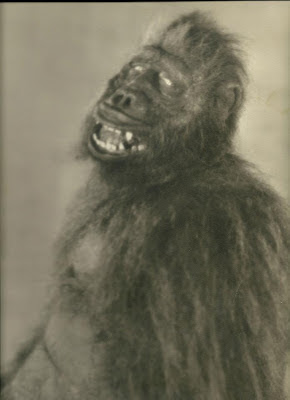 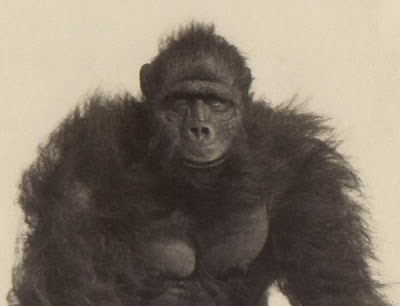 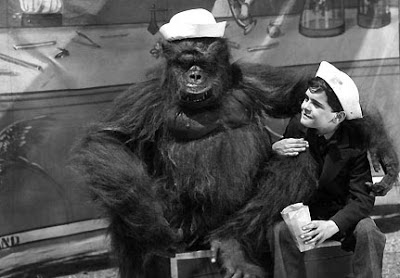 There ya go pardners, another cowboy gorilla to hang out with Crash at the Knuckledragger Ranch !
Posted by Mighty Bongo at 4:16 PM 6 comments:

This installment, E-Gor thrills us with not one, but two great autographs from the great Fay Wray ! 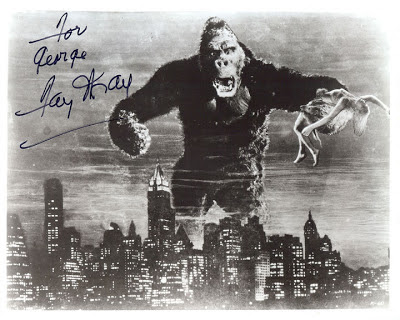 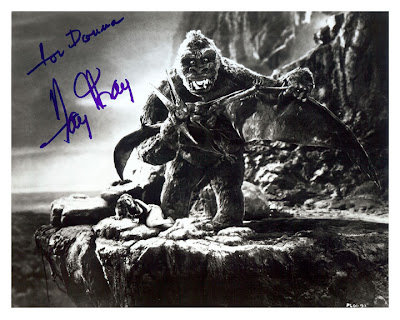 And not to be outdone ! E-Gor created this incredible piece of artwork celebrating the lives of Forrest Ackerman, Ray Bradbury, and the great Ray Harryhausen ! 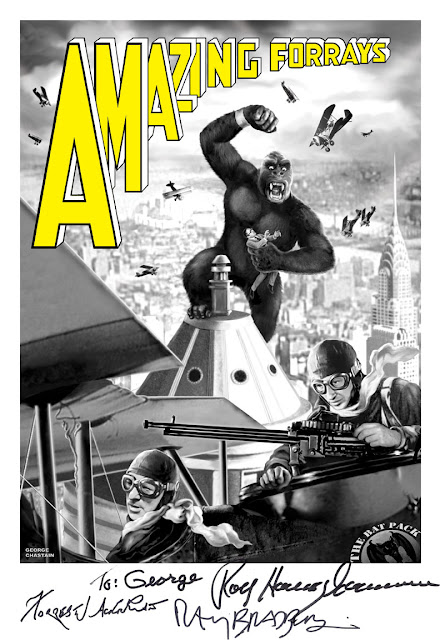 After using his devious artistic skills, to capture the likenesses of these 3 gentlemen, E-Gor next turned his attentions to capturing the autographs of each of these amazing men.
Sadly, with the passing of Ray Harryhausen, we've lost all these legends.
But in true legend form, This amazing trio will live on in our hearts and imaginations and continue to inspire skilled artists like our old friend E-Gor here!
Posted by Mighty Bongo at 3:03 PM No comments:

From Bongo Chris, Gorilla Man Mark, and the gang here at Hollywood Gorilla Men, and Craig and the gang at Ape Suit Cinema on Facebook ! 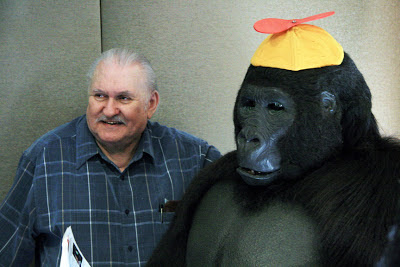 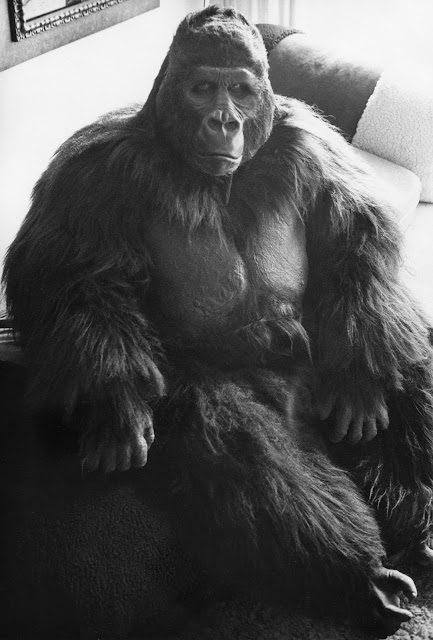 A little Birthday wish from Bongo ! 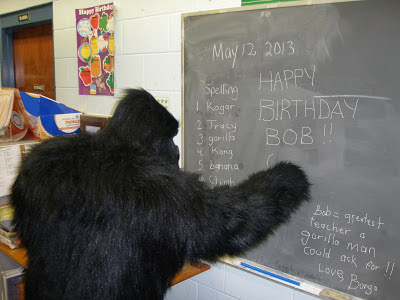 Charlie Gemora : Genius Monkeyman .....has been funded by Kickstarter !!!!!

A very special thanks to all who pledged to help fund this great documentary !

Give yourselves a great big hairy hand !

Thanks for helping guys ! 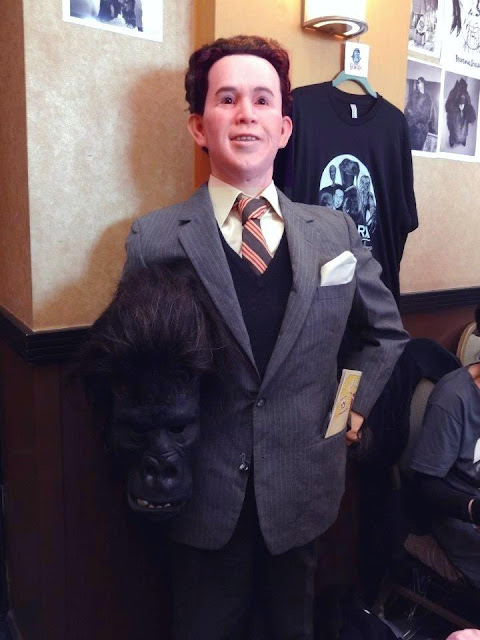 A little fun from Bob and Kathy Burns  ! 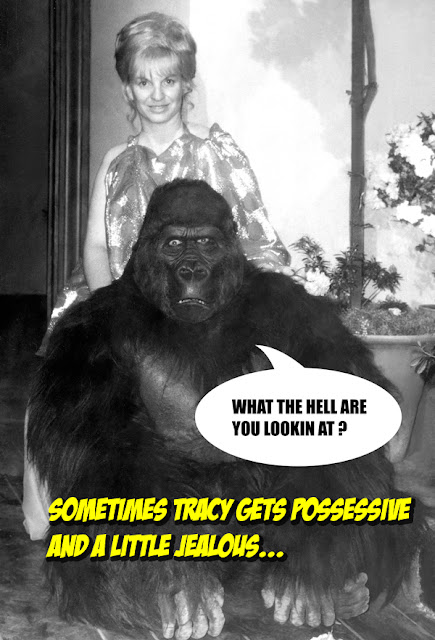 You may remember a while ago, when we broke the news of the "The Mighty Kogar" model kit by Moebius Models, featuring likenesses of Kogar, Tracy, and the great Bob Burns himself !
Now, to accompany your Tracy version of the kit comes...The Ghost Busters !
No, not the Bill Murray movie from the 80's, but the classic Saturday morning Filmation series from the early 70's !
Thanks to our friend Steve (Cult-TV Man) Iverson ,Tracy can once again rub elbows with his Ghost Busters team mates Kong (played by Forrest Tucker) and Spenser (played by Larry Storch) !
Here is a sneak peak Bob sent me of the exciting new kit, coming soon, exclusively from Cult-TV-Man ! 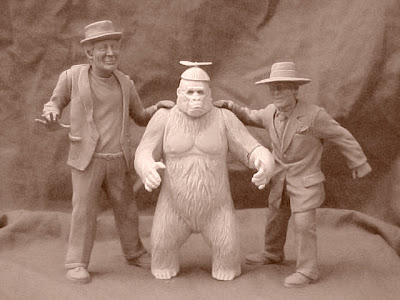 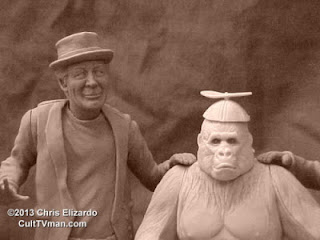 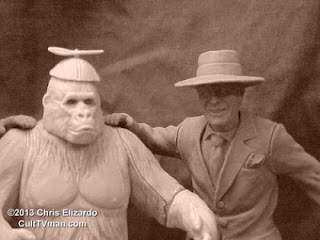 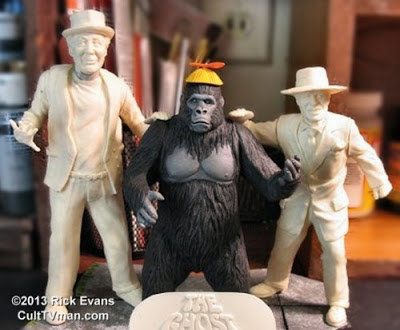 You can still get the great Kogar kit from Cult-TV-Man !

Be sure and check out all the cool optional sets to transform  the Kogar kit into many classic SCI-FI characters!
Keep watching here for updates about when this great kit is available !

Posted by Mighty Bongo at 4:58 PM No comments: