There is nothing quite as nice as a good friend who surprises you with something super cool !
Well this time the surprise is far from cool...In fact it's incredibly hot ! 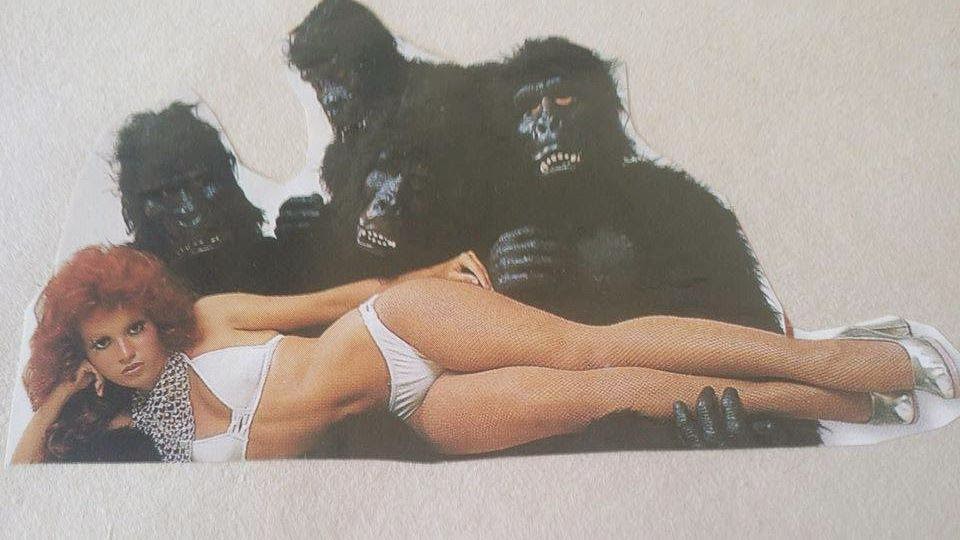 Iris's back-up dancers  are a group of randy monkey men, all intent on carrying the Puerto Rican sexpot off as gorilla's tend to do when they find a beautiful girl within grabbing distance !
The sharp eyed readers of this humble blog will recognize the monkey masks the dancers wear as the Don Post Studios "Hollywood Gorilla ".

Watch this video and see for yourself, why these poor gorilla would risk third degree burns trying to make of with the scorching hot Iris !

And once again, a very special thanks for this incredible photo sent to me by my lovely mermaid
friend, MeduSirena Marina ! 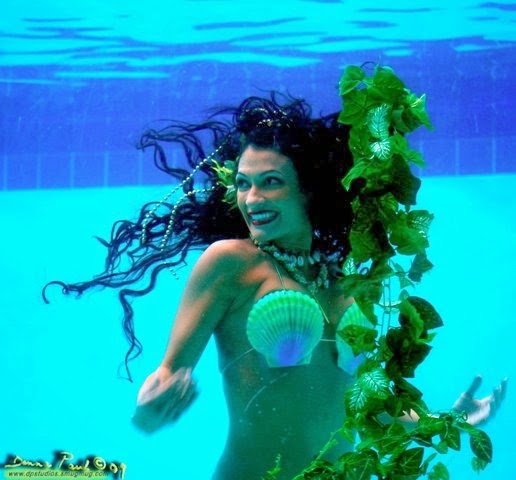 Hi gorilla gang !
Once again old Bongo finds himself behind the ape ball, trying to keep up with all my ape-ly duties.
If you're wondering why I've been so negligent of my HGM duties, well I've teamed up with Nightveil Media, and Marauder productions to bring you a new classically styled monkey movie !
Working from a script by yours truly, (under my human guise of Chris Casteel ) Producer/Director
Bill Black has crafted a really fun romp mirroring all the classics of the past !
What are these classics you ask ? (go ahead, I'll wait)
Oh, glad you asked !
Well, in Monster gorilla you'll find inspirations from :
The Ape Man
White Pongo
Bride of the Monster
Bride of the gorilla,
And a slew of others that inspired elements of the film, some which are actual story elements !
The film stars the stunningly beautiful Heather Brinkley as the hapless heroine Heather.
The  co-stars include the incomprehensibly manic Bill Fredericks as Vornoff. The talented Scott Mena, Yours truly Chris Casteel as (you guessed it ) a gorilla ! And introducing the newest member to our gorilla family,( a gorilla girl, though she plays a male gorilla)...my daughter, Kelley Young !
Kell is a real chimp off the old block, giving a fantastic performance.
The film will be presented in several formats: a 30 min. color version, a 30 min version in glorious Black and White , a 20 minute film festival version, and an extra special 12 minute version specially mastered to look like an authentic Castle Films version ! Plus A few surprises !
For those unfamiliar with Castle Films, before the advent of VHS as a home movie format, the only way to watch movies at home was with an 8 mm, super 8 mm, or 16 mm film projector.
The films were available from many catalogs and classic magazines at the time, including the legendary
Famous Monsters of Filmland !
Castle Films is now owned by the great Craig Scott Lamb who is also the owner of American International Pictures !

Here is the Trailer for Monster Gorilla ...Enjoy gang !!! 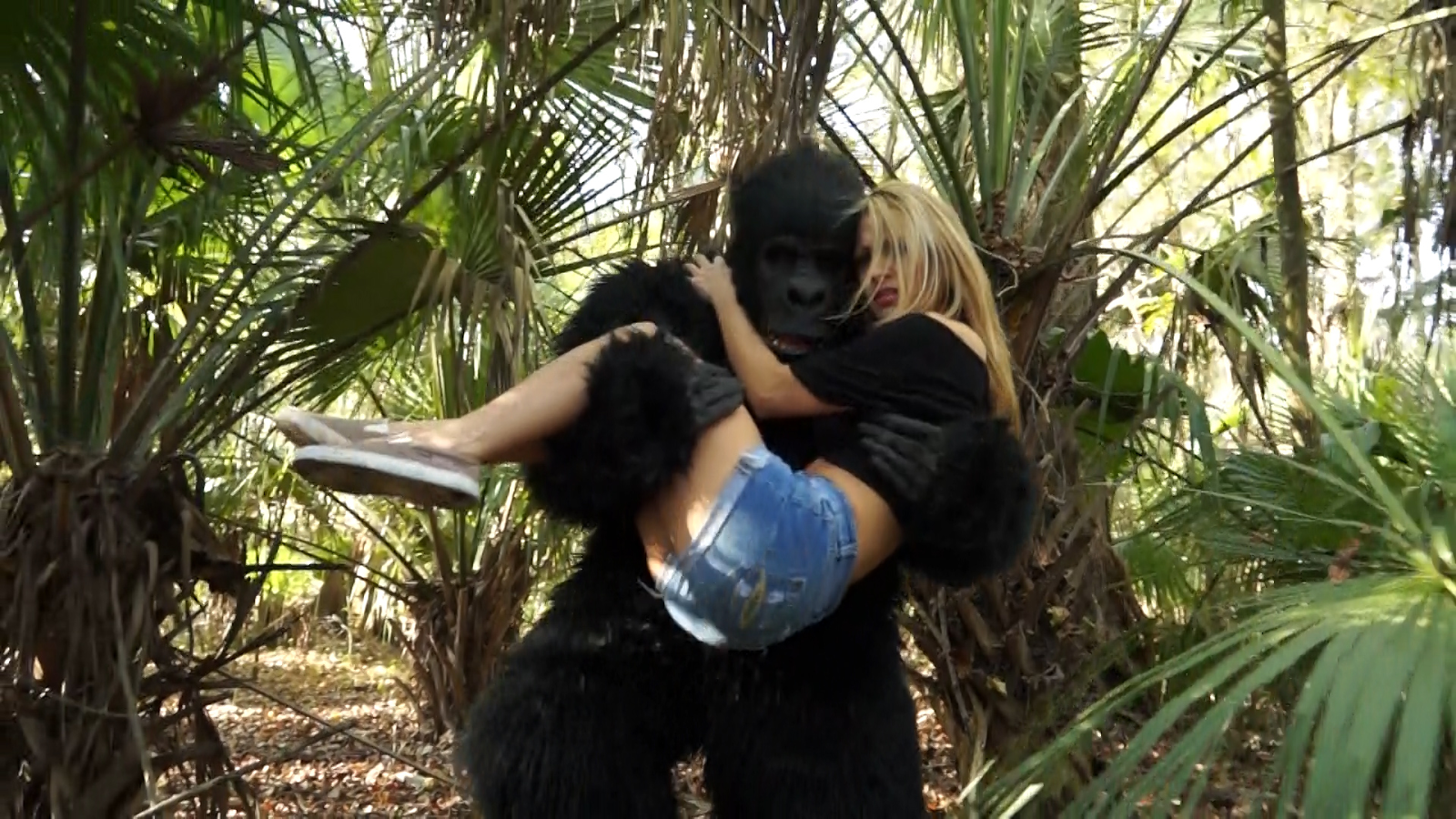 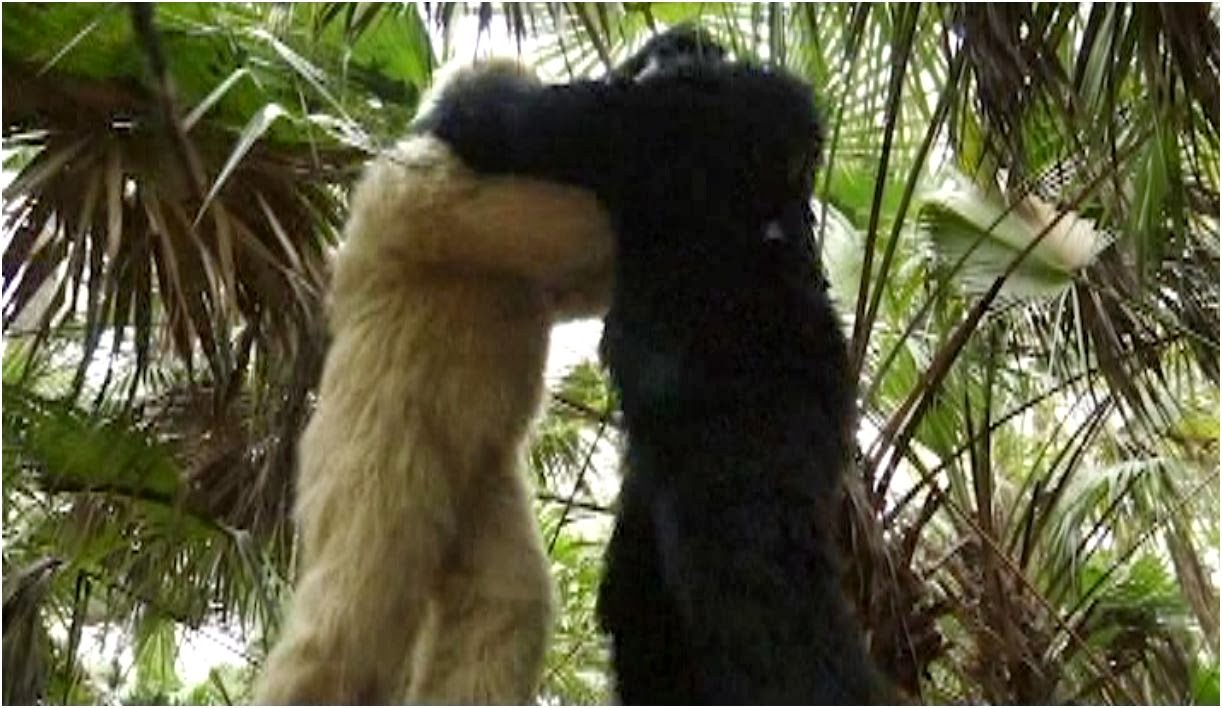