In this Hollywood Gorilla Men exclusive, Chris will talk us through the steps he uses to build a professional gorilla suit, using build up methods....and on a budget !
And for the huge surprise...It's Starting right Now !

From here out, Chris will guide you :

Here's the first installment of my "Build-up Gorilla Bash".

Amidst work on real projects, one of the things I'm working on is a webisode puppet series. It's a long term project as there's a lot of stuff that has to be built in my spare time, which I haven't any of. One of the characters is a monstrous gorilla guard from Lemuria named Mogo. He's definitely an old school gorilla, so I'm building the suit out of a couple of really cheesy gorilla costumes I bought off Ebay for $50. The suits had no feet and the faces were pretty much useless. The hands are actually fine for a Halloween costume, but I'm redoing them as I need fingers with better support.
The suit; 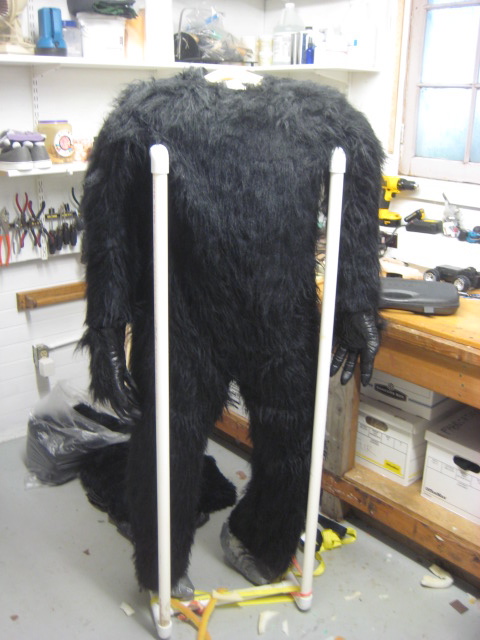 Normally, I would just sculpt the head, but this time I'm trying something else just for fun. I'm going to attempt to do the face, hands, chest and feet using old-fashioned build-up techniques. My plan is to use one of the suits as surplus fur to add to the other suit to adjust for padding and such. The fur is really pretty bad, but I'm hoping with some paint and treatment, it will be presentable. The good thing is that this is essentially a comedy suit, so there's a lot of leeway. And in its final form, it will be wearing a set of armor of some sort.
I started by using a painters hood as a base for the head construction. I picked up a ton of free scrap foam from an upholstery place off of Craig's list. It's all different colors, densities, etc., but it shouldn't make a big difference… I hope.
Here's a quick sequence of the foam build-up; 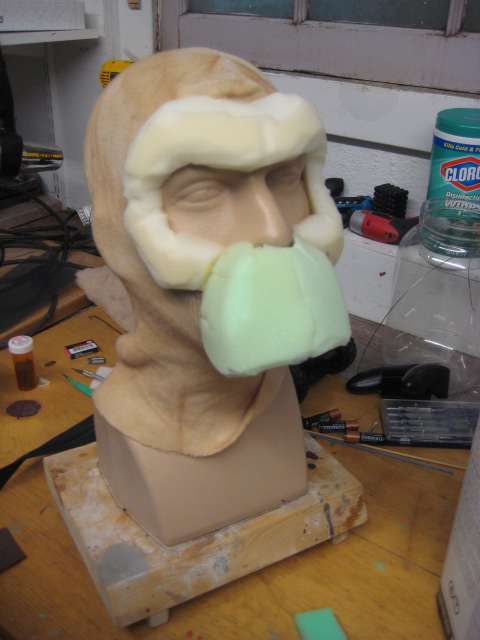 The foam is cut out and trimmed to shape with a pair of sharp scissors. It is then glued down to the cotton painters hood with a spray adhesive used for foam and fabric. 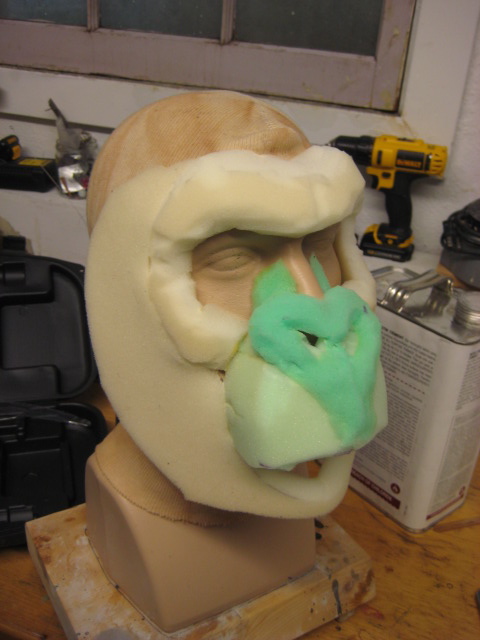 Continue building up foam shapes to block in the gorilla's facial anatomy, Don't worry about overlapping the foam, we're just focusing on building up the basic shapes. 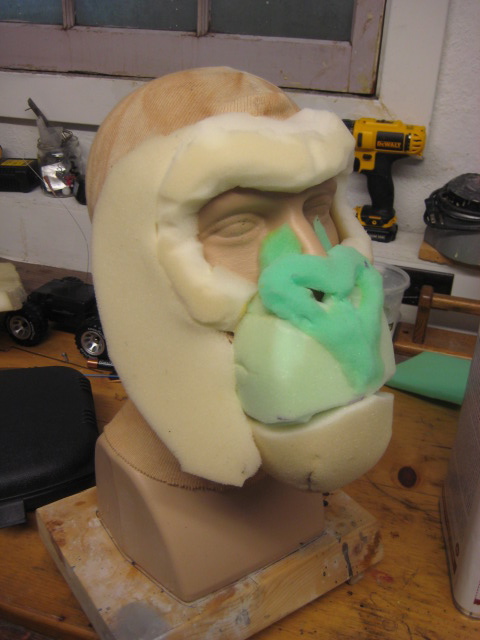 Continue blocking in shapes until the entire face is roughed in.﻿ 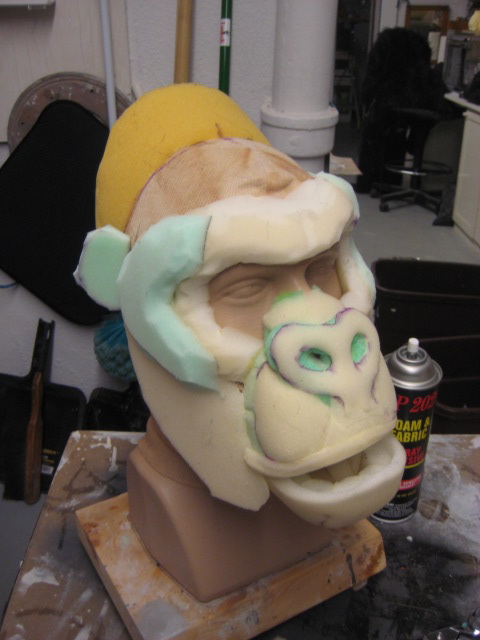 Now start to refine the detail by cutting smaller pieces of foam in shapes that mimic the contours of a gorilla's face. ( you can study photos right here on HGM !) You can make simple bulges by bending the foam and taking a long snip along the bend. The piece that pops out will have a nice rounded effect like the pieces above to the right and left of the nostrils on the muzzle. Spray adhesive on the side you cut with the scissors and apply it to the foam under layer.
I'm planning on a simple opening mouth and that's it. There's more foam work to do, but it's time for my real job, so it'll have to wait. I threw the suit fur on it just to get a feel for how the fur will work with the forms. So far, so good. 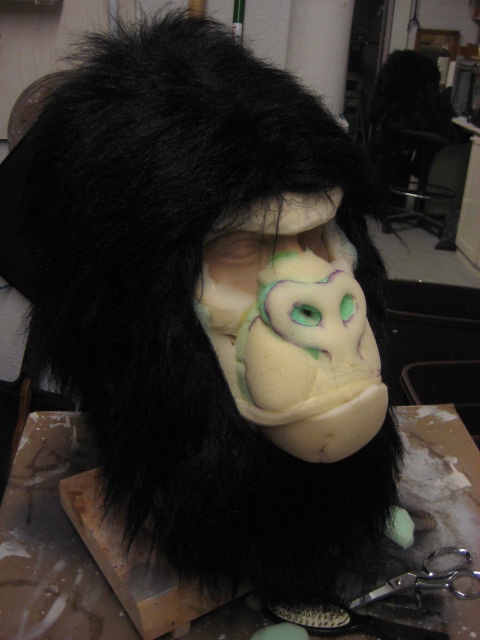 NEXT TIME
Chris Walas puts some skin on this big ape !
Posted by Mighty Bongo at 7:07 PM