Hiya gorilla gang !
Hot on the
tail of  our study of Crash Corrigan's mechanical armature from White Pongo, we get another really cool one for ya !
George Barrows was one of the most identifiable gorilla faces ever.
A giant hulking beast, with a very distinctive sagital crest (pointy head, for the uninitiated )
And gigantic, quasi comical mouth. 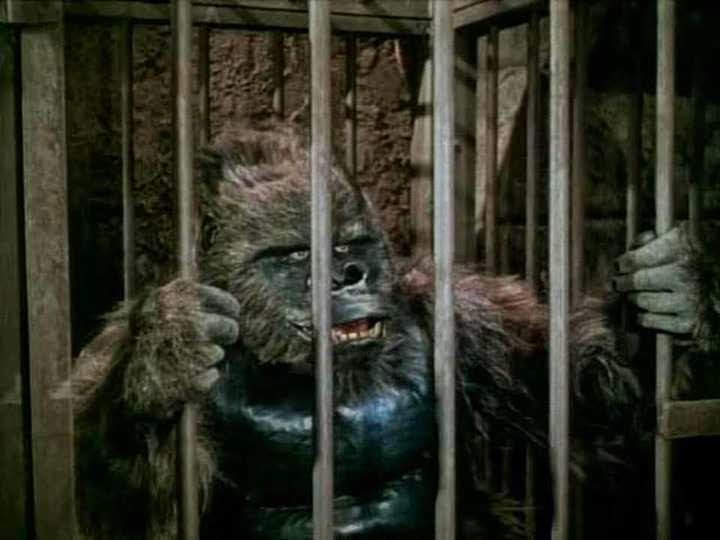 George was very prolific in the 50's, 60's, and 70's and was featured in a ton of TV productions.
George had feature parts in shows like "The Man from U.N.C.L.E.", " The Beverly Hillbilly's" and perhaps his most beloved role, as Gorgo the gorilla in the classic comedy "the Addams Family" ! 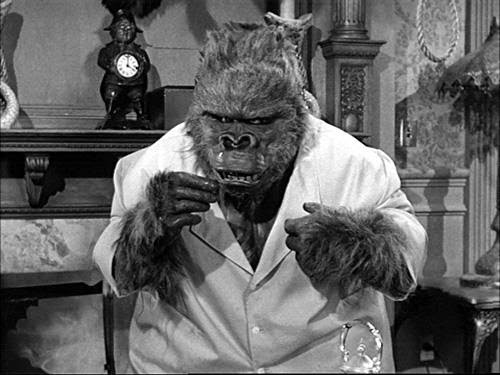 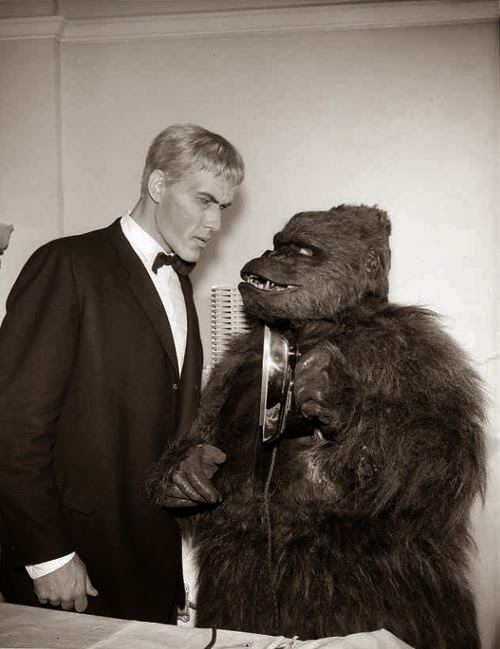 Barrows' also had a fantastic movie career as well, co-starring in Classics like "Ghost in the Invisible Bikini", Hillbilly's in a Haunted House " The black Zoo" and my favorite, "Gorilla at Large "! 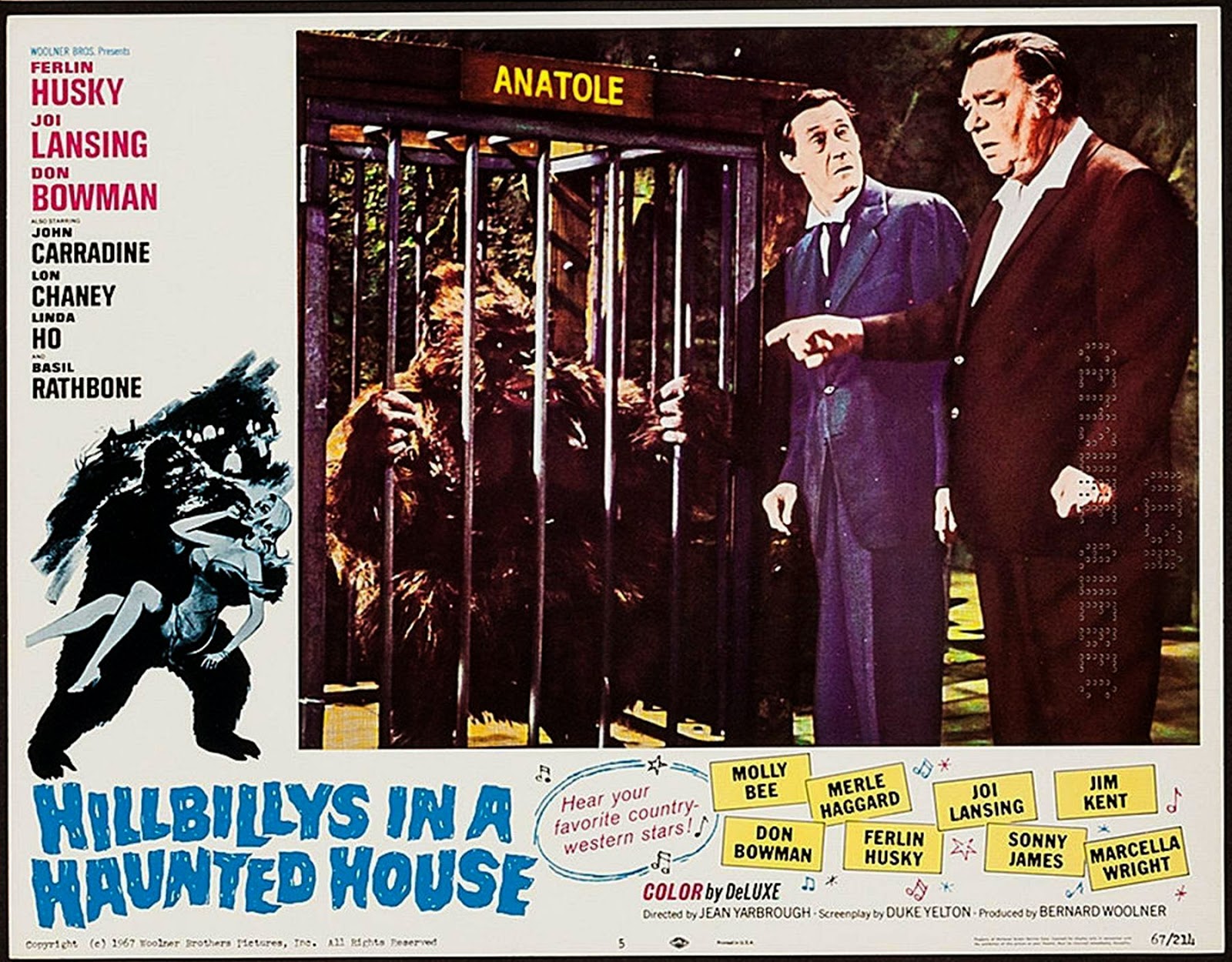 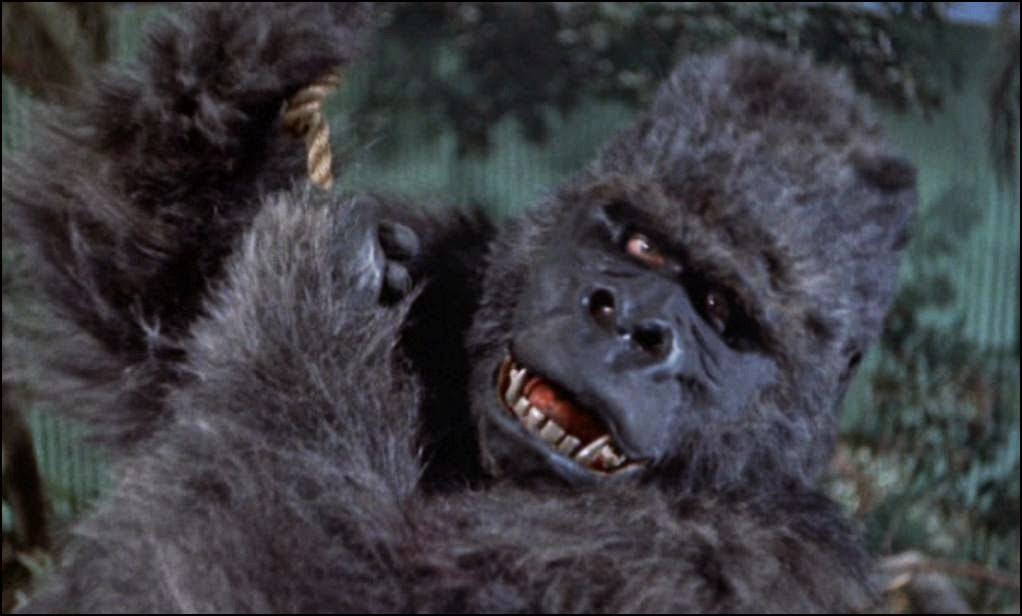 George donned a space helmet, instead of his gorilla noggin to star in the notorious "Robot Monster "!
There is however one movie that is credited to George Barrows that he never appeared in, and that would be  "Konga".
Rather than playing the title role himself, he was talked into renting his phenomenal suit to to the British production and shipped his suit to England. When the suit arrived back in the States, George was devastated !
The English stuntman that wore the suit, nearly destroyed it. He had cut holes in the hand tied fur suit, to add ventilation, and had broken the mechanism that drew back the lips into a fierce snarl.
Needless to say, after the suit was repaired, the suit was never rented again.

Now enter a young lad from the bayou state of Louisiana.
Young George Phillips developed a fondness for the work of Mr. Barrows that grew into full on fandom. Barrows became a hero to young George Phillips, and the younger George took an interest in becoming a mighty gorilla man, like his idol.
Being a resourceful youngster , George got a hold of Barrows address and decided to write him a letter, asking the older George how to go about making a gorilla suit like the one Mr. Barrows wore.
With the highest of hopes, into the mail it went. Now this was way back when communication of this sort comprised of taking a pencil, and actually writing your thoughts down on paper.
Unlike the lighting fast advent of email,  the mail at the time could take days, to  even weeks till you would get a response.
Then there was also the added worry, that maybe a busy Hollywood type would find no time for a letter from a kid.
After waiting for a seeming eternity, a letter finally arrived in young George Phillips' mailbox.
Expecting a short note of some sort, young George was delighted beyond words, to find that the elder George have not only responded, but had taken the time to meticulously spell out each and every step of the process for creating a gorilla suit like his own. Not only were the steps, discussed in detail, but Mr. Barrows had taken the time to fully diagram many of the steps with hand drawn illustrations !

George Phillips is a friend of mine through the Ape Suit Cinema board on Facebook, and I very much value that friendship.
George was very generous is providing hi resolution scans of George Barrows actual letters sent to him as a young man, and we now present them here.
A huge thanks to my friend George Phillips for his generosity ! 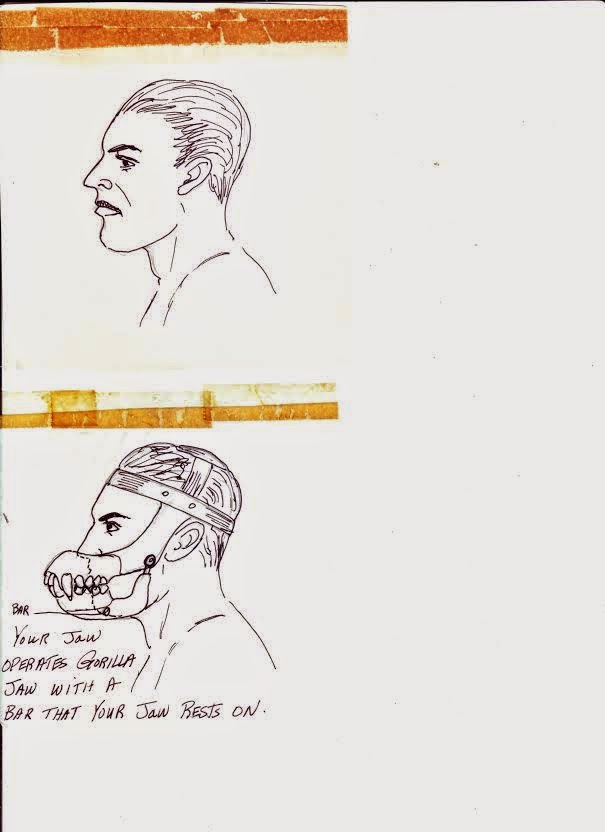 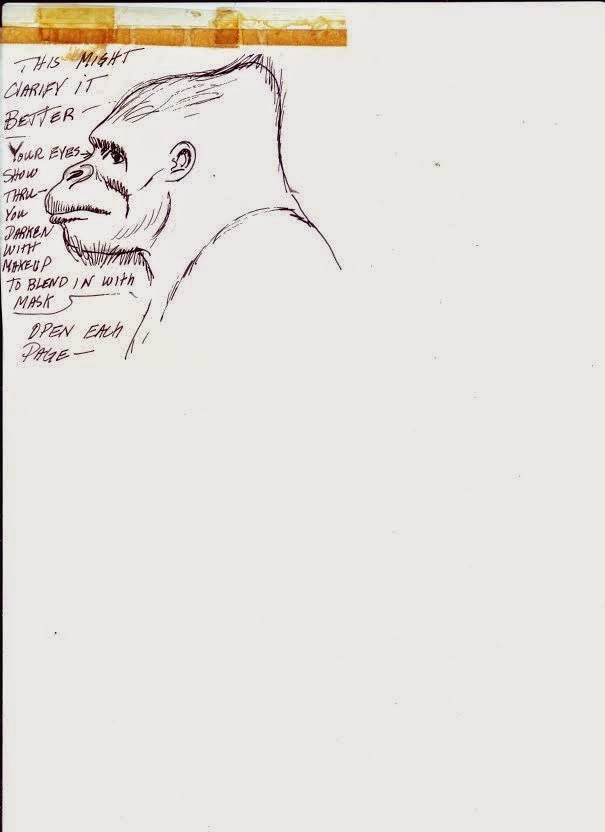 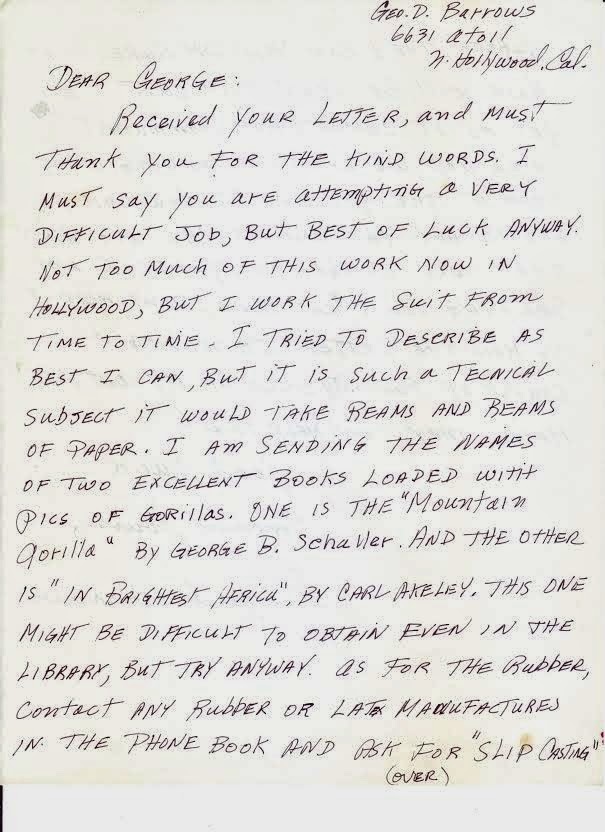 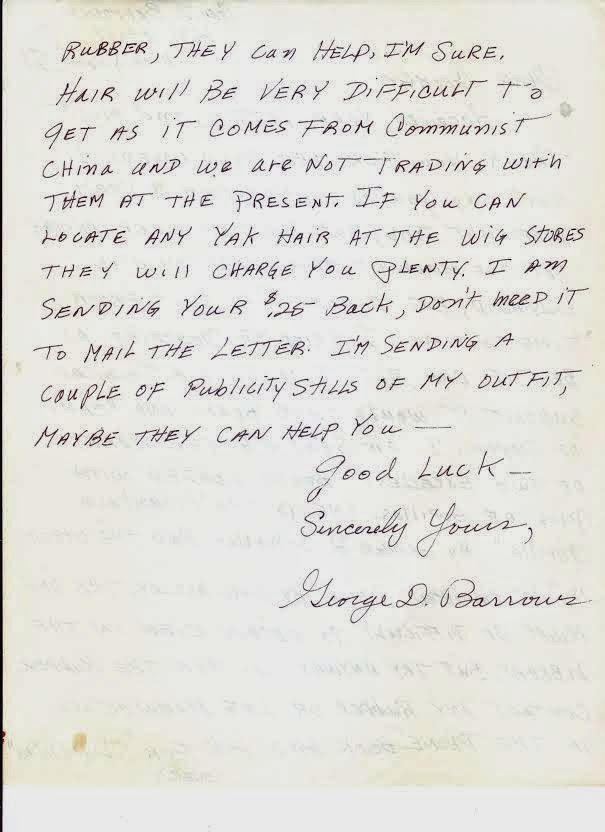 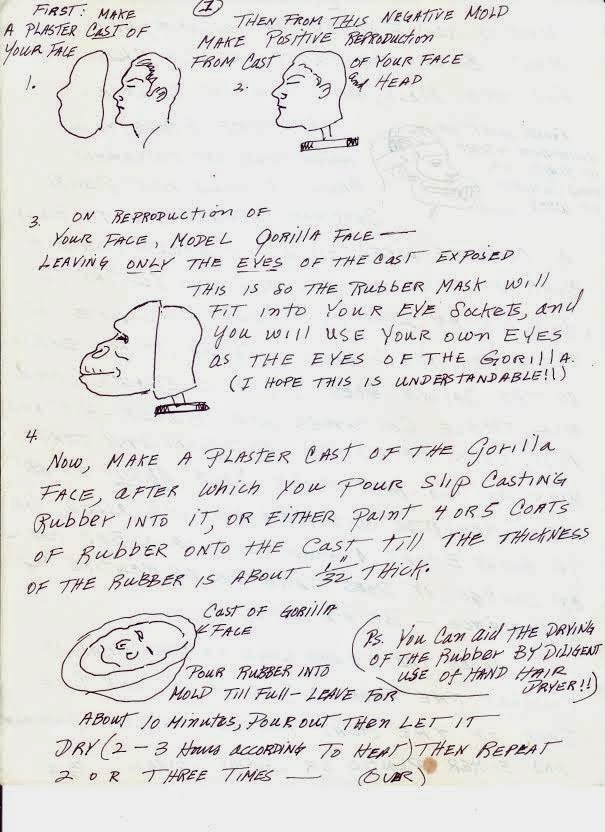 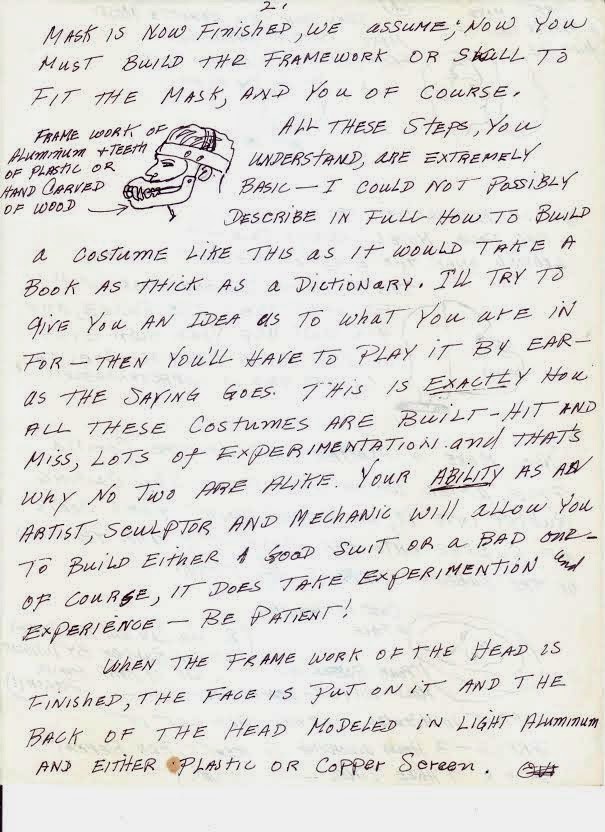 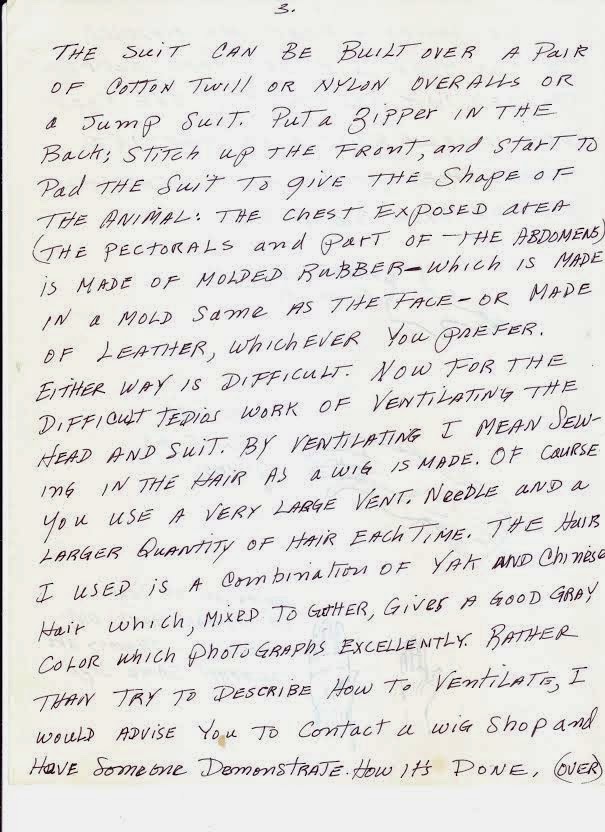 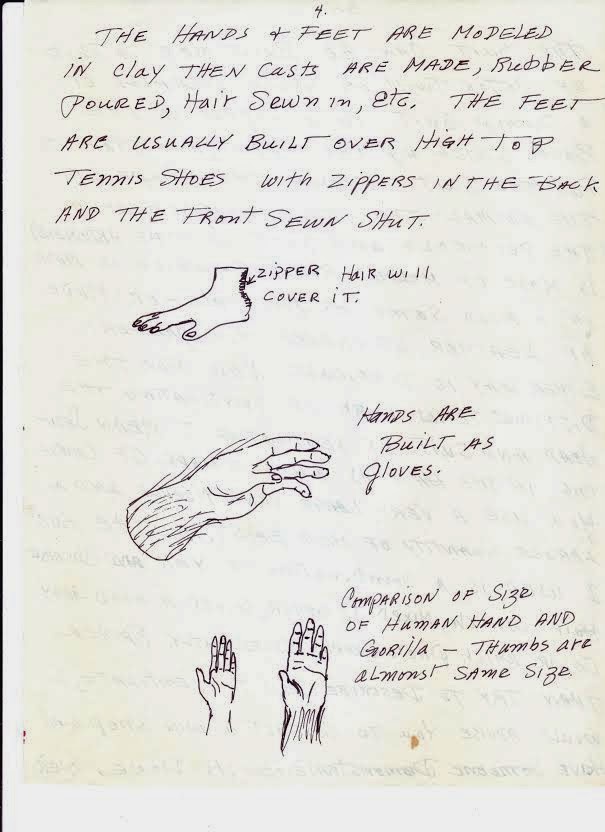 Thank you so much once again George !

As an added bonus, my dear friend, the legendary Bob Burns has delved into his incredible archives of  photos and come up with 2 fantastic photos of the workshop where George Barrows created his amazing suit !...How cool is that !

This is George Barrrows' suit as it appears today.
These photos were taken by Tom Woodruff Jr. and Bob Burns at the Los Angeles Museum of Science.
Barrows donated the suit to the museum at the time of his passing. 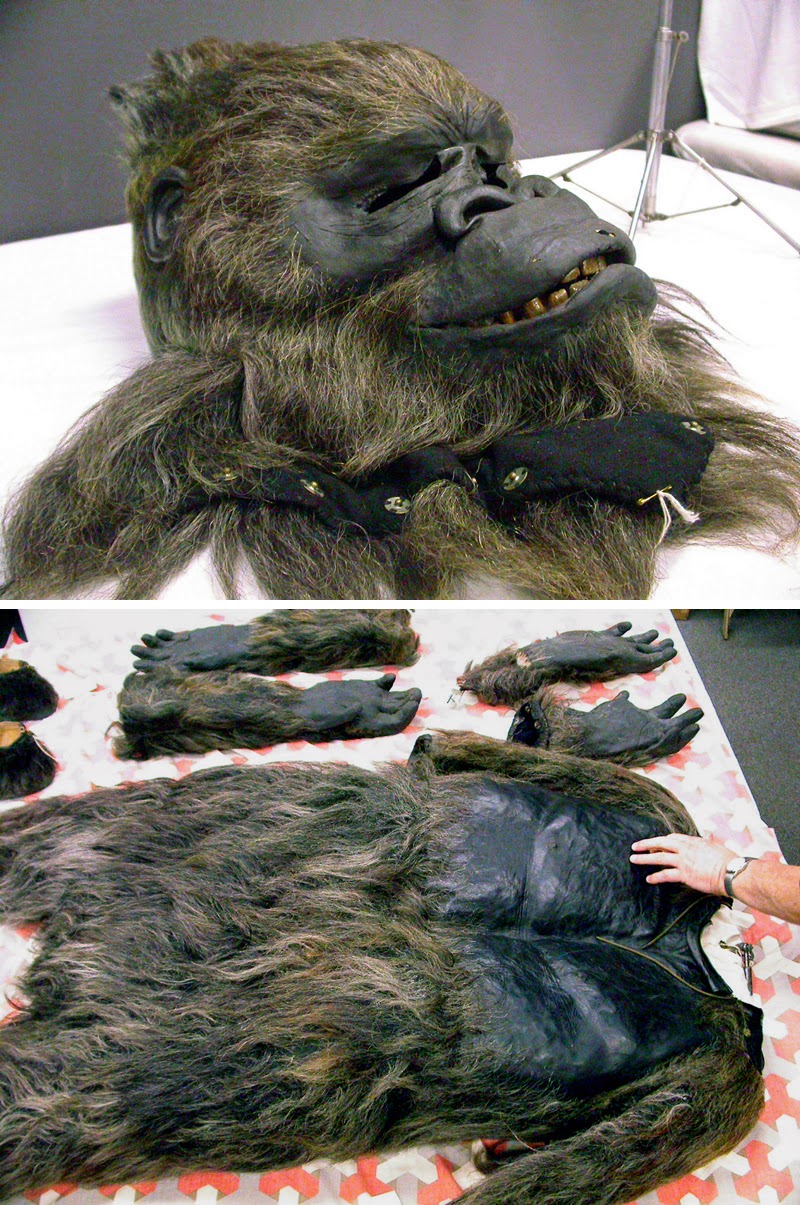 There ya have it kids, the official in and outs of the creation of one of the greatest gorillas in movie history !
Posted by Mighty Bongo at 5:01 PM