With your typical low budget turds, if they throw in a guy with a rental gorilla suit, they tend to look a lot worse then the ape depicted in the poster art. So not the case here. Most interesting fact about this sleepy sleazefest? Directed by a dude named Zoltan. "Zoltan". Say it out loud and tell me that wouldn't make for a great 30's serial villain. I would think a creepy evil sounding weirdo named Zoltan could pull off some soft 60's porn with hot chicks and lusty apes. But then again his choices in promotional material has me riddled with doubt. 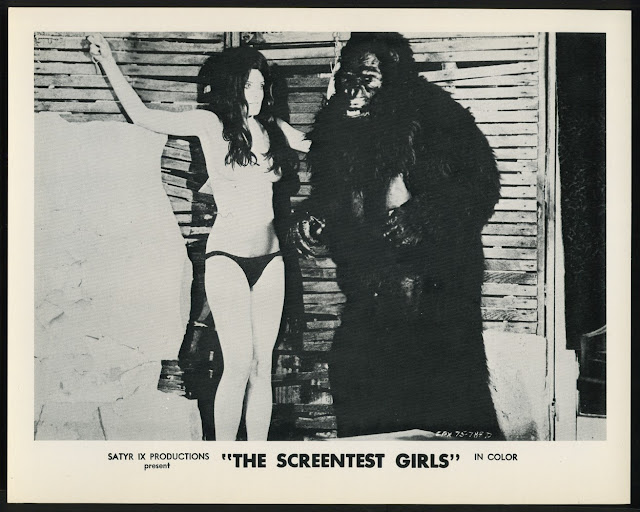 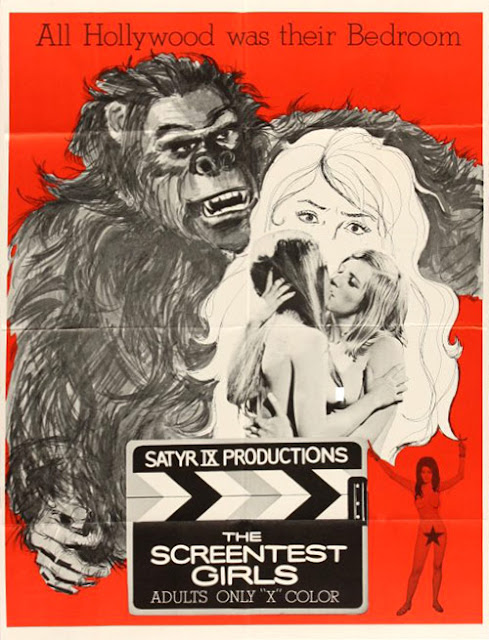