The Gorilla 1922 What an adorable smile !

The gorilla is a time honored classic of the " Old Dark House" tradition.
This was the first cinematic version of the already well established stage play and it stars
the mirthful Charles Murray and Fred Kelsey as bumbling detectives Garrity and Mulligan.
There's murder afoot in the mansion of wealthy Walter Stevens ( Played with scenery chewing panache by the great Walter Pidgeon !)
The murderer in question goes by the nick name " The Gorilla" though he is quite human.
To further complicate a confusing who dunnit with sliding panels, and secret passages, a real gorilla shows up in the mix !
If your a fan of half wit , hard boiled slapstick humor, then you're sure to love the Gorilla !
Oh....The gorilla you ask? Well, it's a damned fine looking suit for the period, as it should be....Charles Gemora created the suit! Though a MUCH larger actor played the gorilla rather than Charlie.
Enjoy these beautiful stills contributed by the members of Ape Suit Cinema on Facebook.
If your on Facebook, look us up ! Tell 'em Bongo sent you! 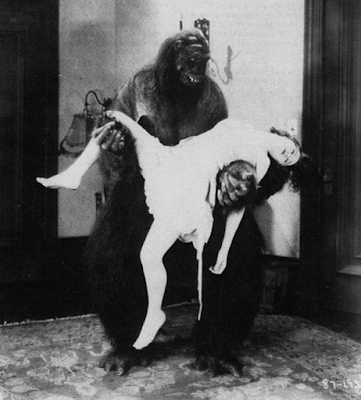 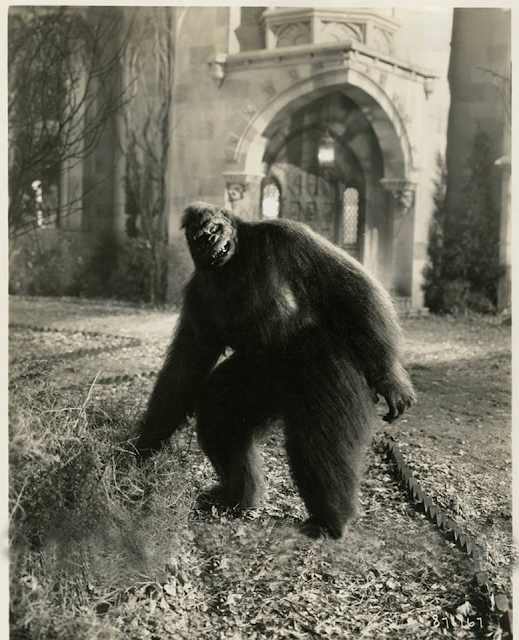 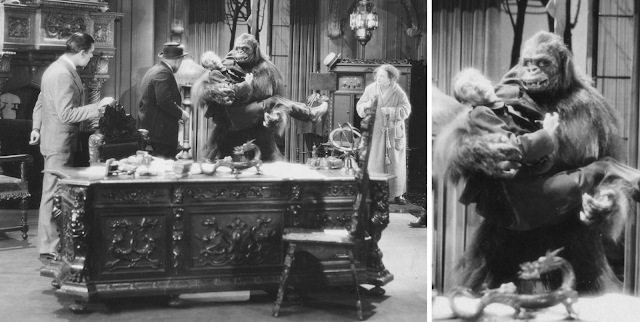 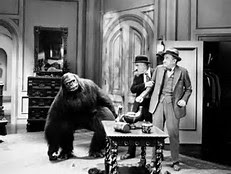 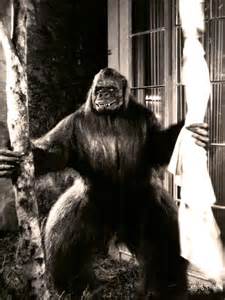 That's a face only a mother could love !