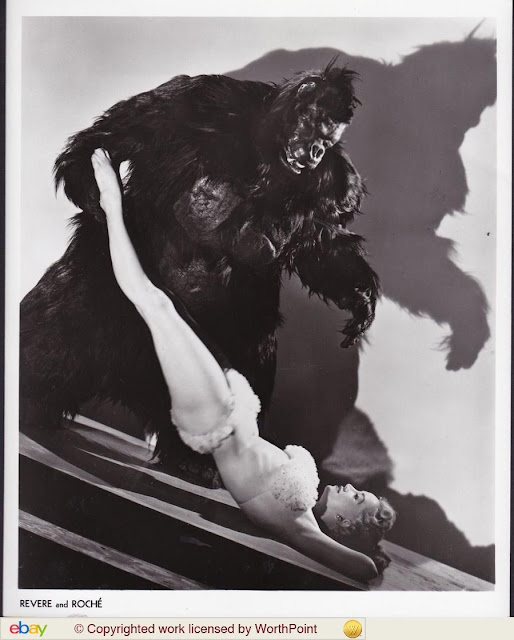 The classic Beauty and the Beast burlesque act plays upon some of the baser views of what would have been a primarily white male audience. Whether it was the thrill of a woman dominated by a hulking brute (though he is often manipulated or controlled by the fair skinned Beauty), the demented inference of bestiallity and cross species intercourse or the uglier threatening undertone of interracial mingling, there is a lot of weird stuff going on in what can appear downright silly from a modern perspective.

The husband and wife burlesque duo, Scotty Roche and Diane Revere performed together through the 1950’s and 1960’s making their mark with the classic Beauty and Beast act. In addition to the sensual simian dance, which appears to be their centerpiece performance, they also appeared in a number featuring gold body paint, showcasing that Scotty was indeed in fabulous shape under that massive gorilla suit.

In a previous post that presented a photo spread titled GORILLA POLKA from a 50’s men’s mag GALA, Jeff Siegel made the following comments:

I grew up with Scotty and Diane and Diane is still alive. Their act came from Vaudeville. They performed extensively in the far east during the 1950's, where they adopted their son, Andre, who was the son of a Princess of Siam and a French aviator (scandalous!). Scotty claimed to have been the underage man in KING KONG's suit during the filming due to the real actor not being able to handle the heat. Scotty was underage at the time so he didn't get credit (his father was working on the film and Scotty would hang around the set). I'll put together some pix and get hold of Diane to see if she can provide you with some more info (she's over 100 years old!).

Jeff wrote back in August 2014 and unfortunately I only became aware of the comment while putting together this post. Hollywood Gorilla Men has been kicking around in one incarnation or another for a decade but my passion ebbs and flows. I have reached out to Jeff and hopefully he can add another anecdote or two about this amazing pair of performers.

The GALA photo mentions that the act actually originated with Scotty’s father Pierre, who tromped about Hungarian stages years before his son took up the 80 pound furry mantle.

A recent trawl of the interwebs dredged up the fabulous pics below. Image found at Not Pulp Covers 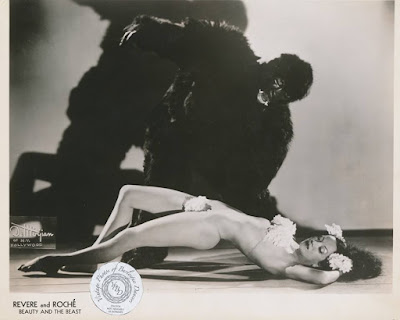 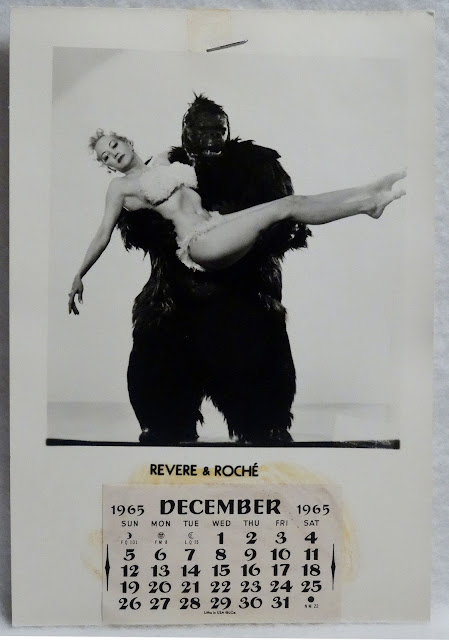 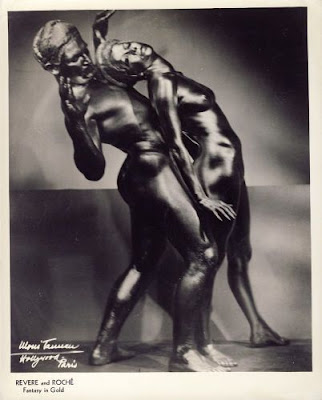 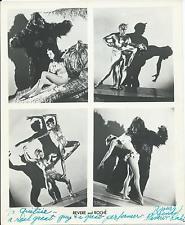 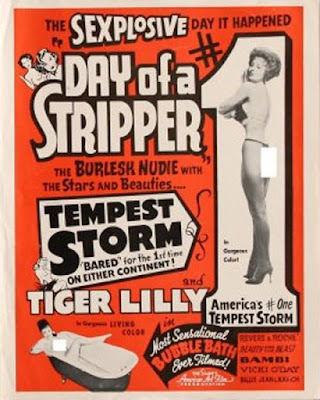 Revere and Roche appeared in this 'Burlesk' film that was typical of it's time - a parade of stage acts made all the more accessible for a multitude of movie goers. Here's the summary from AFI:

AFI Summary released 1964 Tiger Lilly's day begins in the afternoon, with a swim and some trampoline exercise. Night finds her preparing for her act at a strip club, while Bambi performs on stage. As the next act, Revere and Roche, is performing "Beauty and The Beast" onstage, a similar drama is going on in a backstage dressing room where beauteous Billy Jean is pursued by her partner, Kavich, a tiger. After Vicki O'Day's tassel-twirling striptease, Tiger Lilly descends in a gilded elevator cage for her own act. She is followed by Tempest Storm. Tiger Lilly returns to her dressing room with Billy Jean and soaks away the greasepaint in a bubble bath. 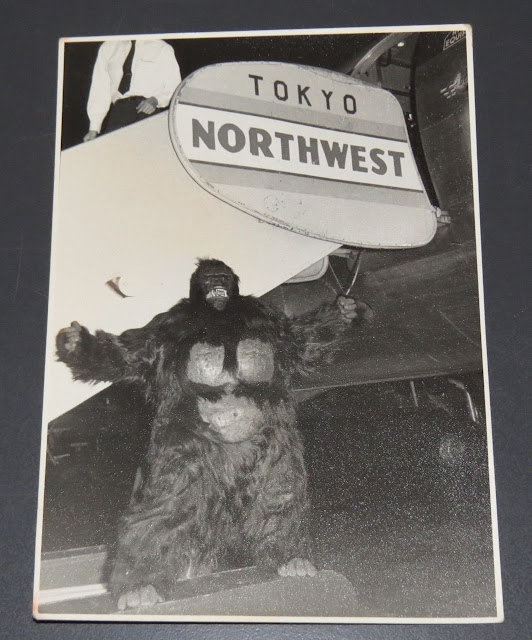 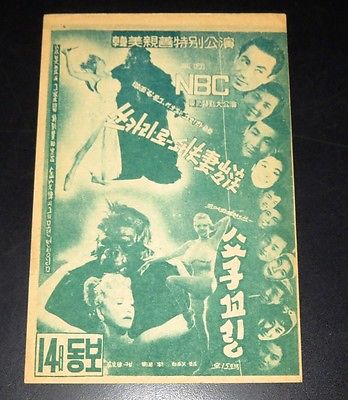 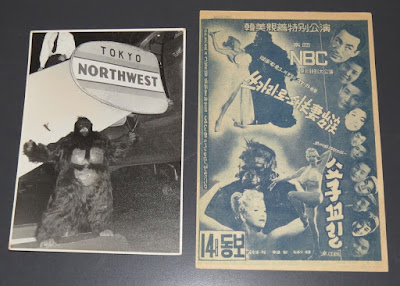 Promotional material from a post war tour (likely the conflict in Korea) - the flier is in Korean and promotes a "King Kong Gorilla Grand Comedy Show" for NBC television. 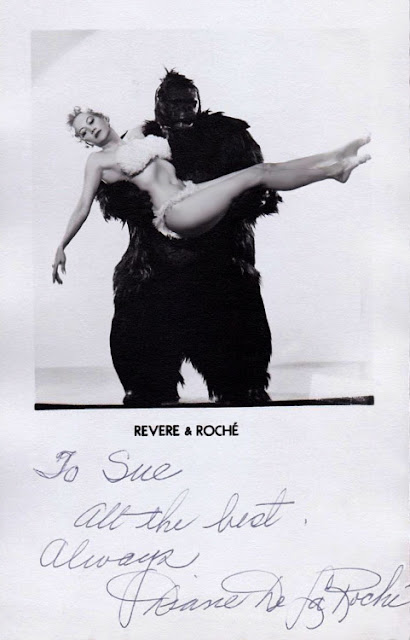