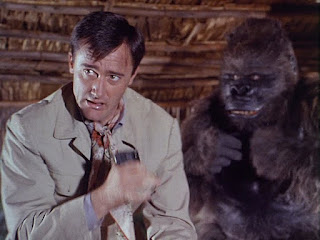 Uncle agent Napolean Solo about to get one heck of a surprise , in the classic Man from U.N.C.L.E. episode, "The My Friend The Gorilla Affair". 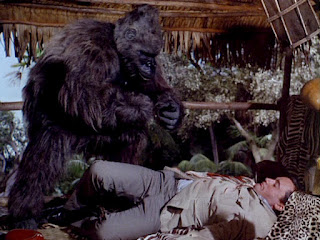 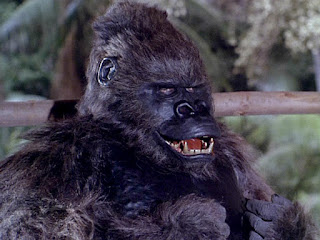 The episode also features the stunning Vitina Marcus as the jungle girl that Baby protects. 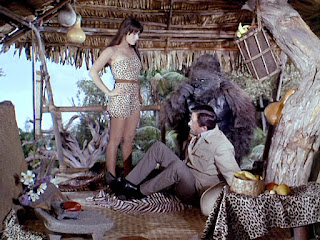 Ms. Marcus's most famous role is "Athena", the Girl from the Green Dimension from "Lost in Space ". 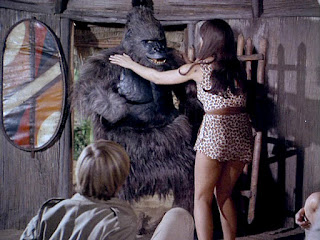 You get to see George's gorilla suit quite well in this episode, as all his scenes were in full light. You can see all the fantastic detail George built into his incredible suit. 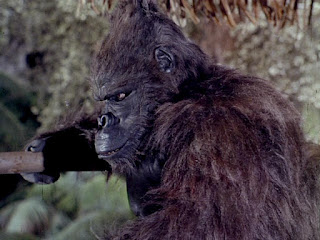 George Barrows was one of the most memorable gorilla men ever. His suit was instantly recognisable in any film or TV show he ever appeared in.
Posted by Mighty Bongo at 2:04 PM