Good old E-gor has dug up a real beauty of a photo this time !
Here is Ray "Crash "Corrigan capturing wild woman, Acquanetta in a promo shot for
Captive Wild Woman.
Acquanetta played Paula Dupree, a mysterious beauty created from a gorilla by mad scientist John Carradine.
I'll not comment on dear Acquanetta's acting, but lets just say she was really pretty to look at!
Acquanetta also appeared in the sequel called "Jungle Woman", but was replaced for the third and final film in the series" Jungle Captive" by actress Vicky Lane. 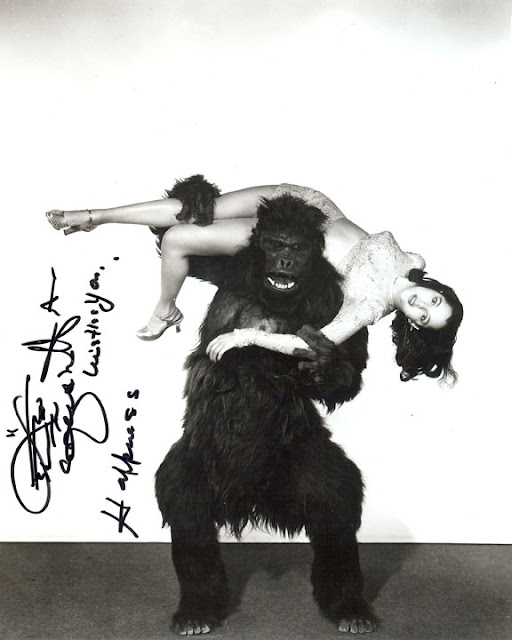 E-Gor's great photo features an autograph by Acquanetta, and a great view of Crash Corrigan doing what he does the best !
Posted by Mighty Bongo at 11:53 AM