Gorilla in a Box 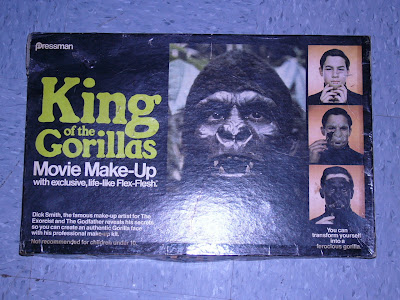 I think my fascination with make up special effects and gorilla suits may stem from the sad fact that I have been bespectacled since a young age and could never wear a simple mask or greasepaint without my corrective lenswear spoiling the illusion. In the spirit of make-your-own-monkey here's a little item I found on Ebay. The box for the KING OF THE GORILLAS boasts the involvement of Dick Smith, 70's Makeup Artist supreme of Exorcist and Little Big Man - whether this was a paid for plug or he had actual input into the kit, I haven't he foggiest. What I have picked up on from a brief internet trawl for info, is the excitement this kit and others (check the ad below) still generates in those raised during the 70's when mags like Starlog began to celebrate the art of sci-fi, fantasy and horror cinema. I would venture the kit dates post 76' following the KING KONG remake - hence the product moniker - but it obviously acknowledges the POTA makeups. 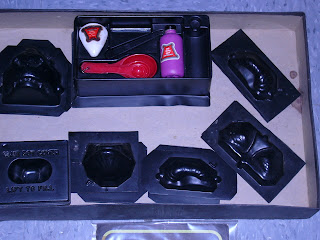 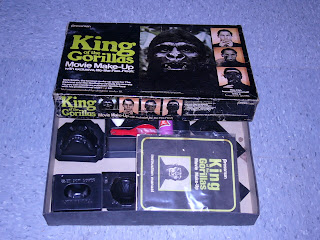 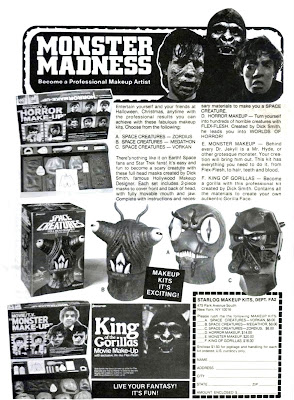 What truly staggers the mind is this last kit (apparently highly desired by collectors today), THE INCREDIBLE MELTING MAN - a makeup based upon a truly disgusting film about an irradiated astronaut who begins to disintegrate rather wetly upon his return to Earth. 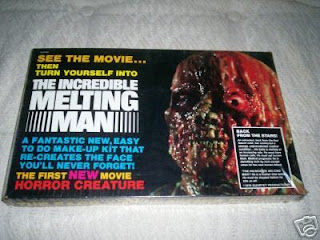