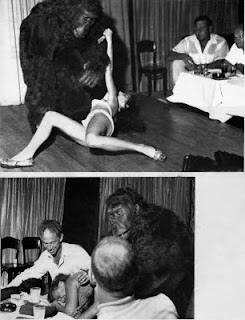 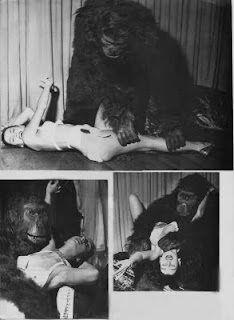 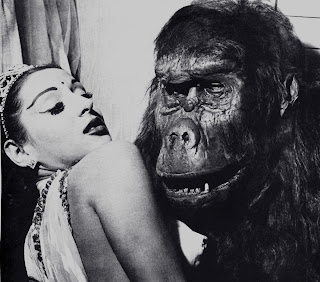 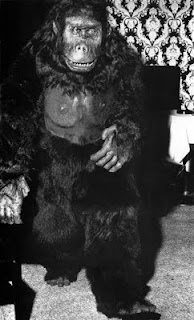 Many of these are from very late in his career, and as such, you can actually see his face mask starting to rot around the eyes and nose ! Emil, apparently would patch it with whatever materials were at hand, as he had difficult times toward the end and couldn't afford to have the head overhauled.
This was a necessity with gorilla men as the rubber the faces were cast from had only a limited life-span before it would start to break down.
All this goopy gorilla nose nonsense did little to slow Emil down as he carried off screaming cuties for quite some time on the strip circuit
Posted by Mighty Bongo at 3:53 PM