I Married A Monster from Outer Space

After the success of his beautifully crafted martian from War of the Worlds,Charlie Gemora followed it up with the memorable "space monster" from the 1958 classic ,"I Married a Monster from Outer Space". Tom Tryon and Gloria Talbott star in this odd story of creepy aliens possesing humans for arcane cross breeding "experiments".
After their honeymoon, Gloria Talbott starts noticing odd behaviour in her new husband (Tryon). Taking her concerns to her friends, all the women in town,who have recently had children, start notice all their hubbys acting in a weird, distant manner. All the men folk have been "replaced" by alien invaders who can assume the identity of anyone. The original husbands are secretly kept prisoner in a catatonic state back at the saucer( where else?) Soon the wives get the drift of whats going on, and the hunt is on to kill the aliens, and rescue the captured hubbys.

The aliens in the film were the handy work of our old gorilla hero, Charles Gemora.The look of the aliens was fantastic,with an organic, almost plantlike feel to it. Even today, the alien would not look out of place in any outer space cantina you may happen to find yourself in. 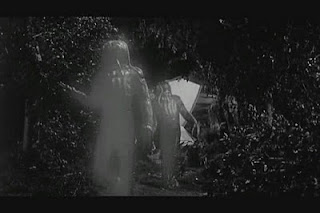 Charlie not only designed and built the costumes used in the film, but played the alien as well. Charlies ability to use "Body English" was pushed to the limits here as not only could his eyes not be seen , to convey emotion, but he could barely move the head at all. Things like a simple tilt of the head can go a long way to help convey feeling, and without that as an option, Charlie really showed his skill as an actor, through the use of movement with the rest of his body to get his point across.