Holy Ape suit Gorilla Gang !
If you've been following along thus far, Academy Award Winning, Special Effects Make-up Artist Chris Walas has taken us through a step by step process of constructing a build-up gorilla suit.
With the head, Hands, and lower Arms out of the way, it only makes sense to take the next steps into some gorilla feet !

The feet are pretty straightforward and if you are attempting to try this yourself, you should be at a point that you feel fairly comfortable with the build-up technique by now. I won't be adding much detail of the bottoms of the the feet as I really want the base of the shoe to be hitting the floor, not a layer of foam padding.
I start with a rough outline of where I want to go with the feet. Normally, a gorilla stands and walks with his/her "thumb toe" straight out, or perpendicular to the side of the foot. This gets a bit clunky when wearing big rubber feet so I'm making the concession of angling the toe in a bit. 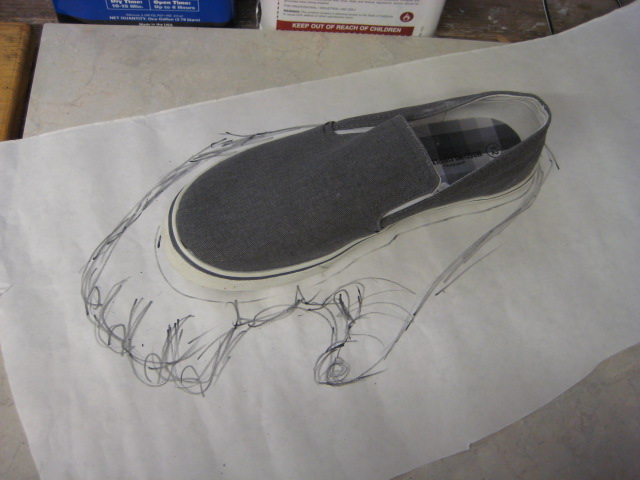 I'm cutting the toes out in blocks rather than build them up individually as I did with the fingers. Chances are there won't be a lot of close-ups of these feet. In fact, they'll likely never been seen in the intended use. I draw out the basic approach on a block of foam for the toes; 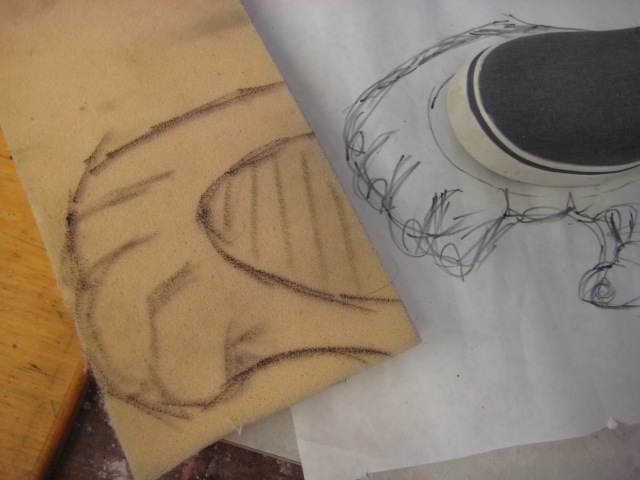 I trimmed this out and made sure it roughly fit around the front of the shoe. 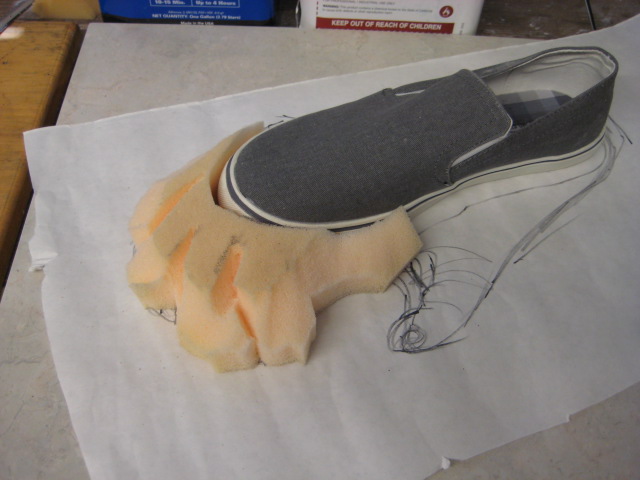 I'm doing both feet at the same time, largely because I'm in a rush to get these done to clear space for other projects! But also to keep better tabs on matching them. Both sets of toes are formed to the same level of finish. 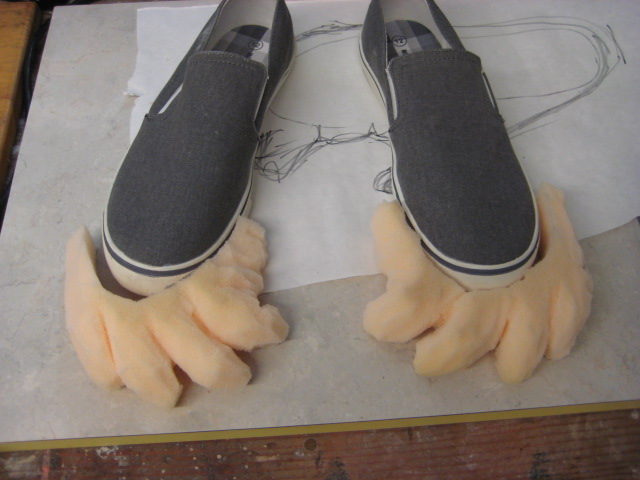 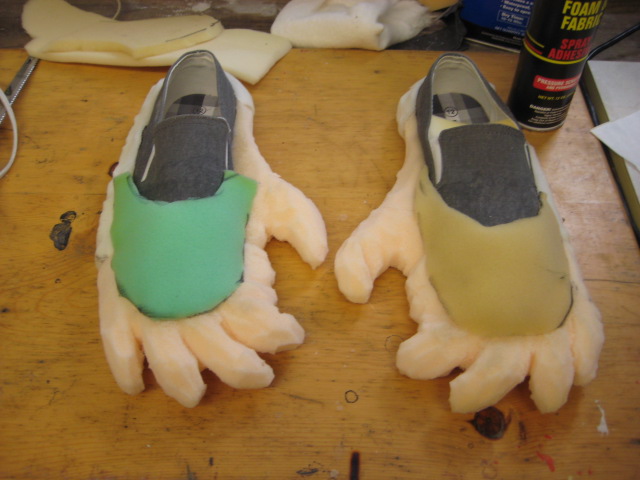 Here's what they look like from the bottom, I've already added a coat of contact cement to the sole of the shoe so that the next coat will adhere even better. 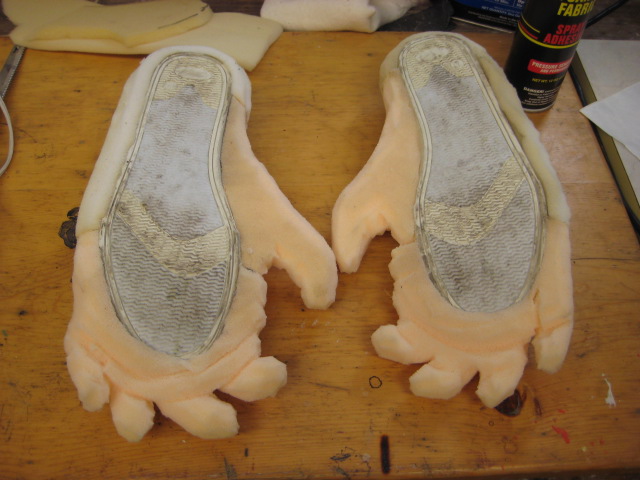 On to the batting. I'm trying to cover as much as possible on the bottom in one piece. This is to keep it even. Lumps in the batting will be felt when wearing the feet, so I'm working from the bottom tot the top. 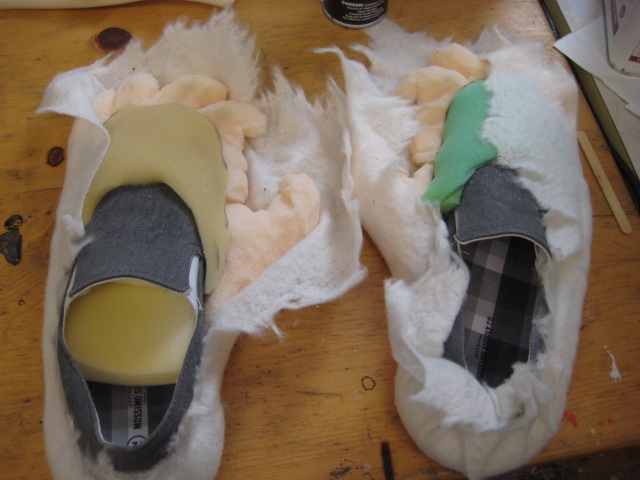 For the sake of speed, I'm covering the entire foot with batting so I can speed up the latexing. 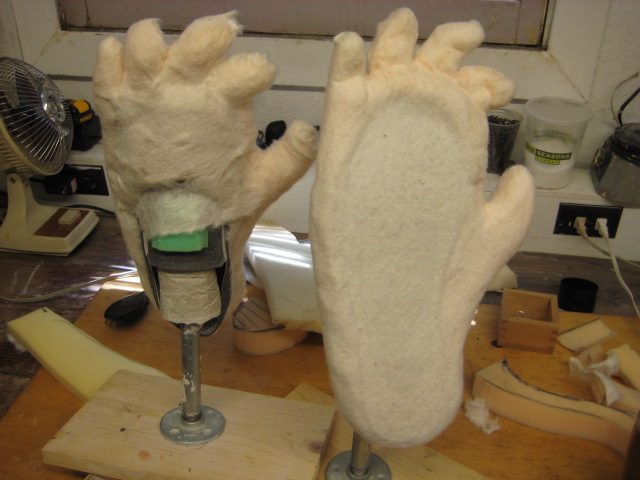 First coat of latex goes on and some detail is drawn in; 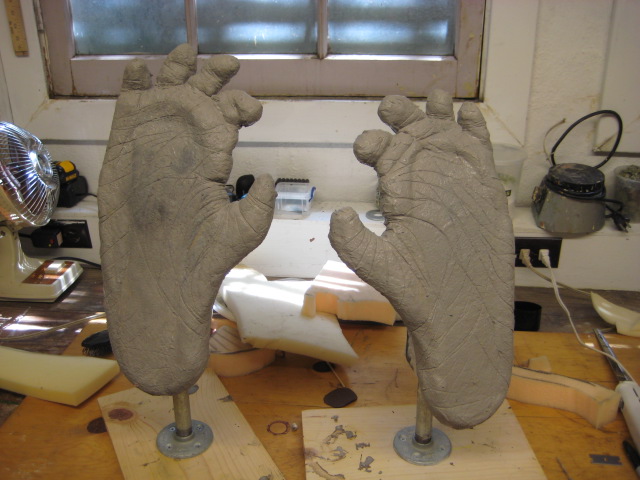 Most of this will actually disappear under subsequent layers of latex. Feet get a lot of wear and abuse , so it's going to take a number of coats of latex to get these soles thick enough.

The top will take a bit more detail and I'll be adding toenails later. 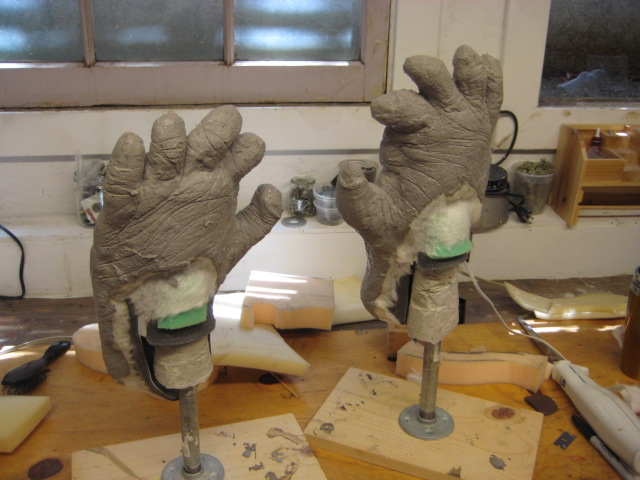 Once the feet are dry. I simply use some batting to form cuticles for the nails. 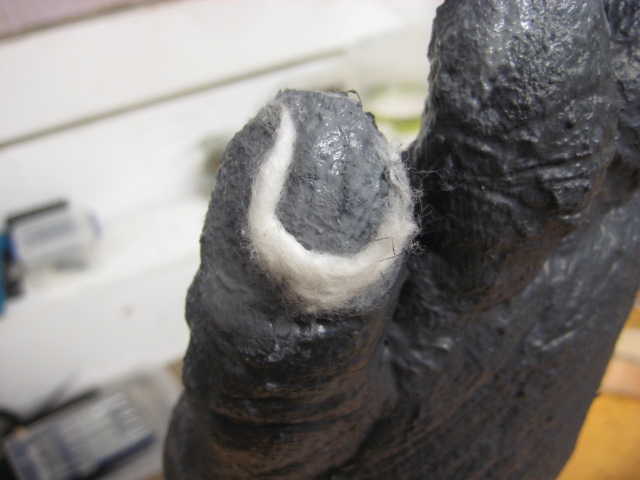 Once they've been latexed and dried, I add some batting cut to shape for the nails. 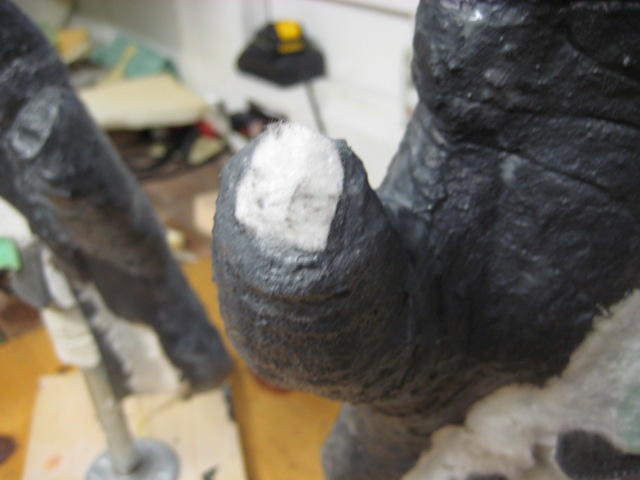 I used a spatula to apply and smooth the latex for the nails, then drew in a crack or two. 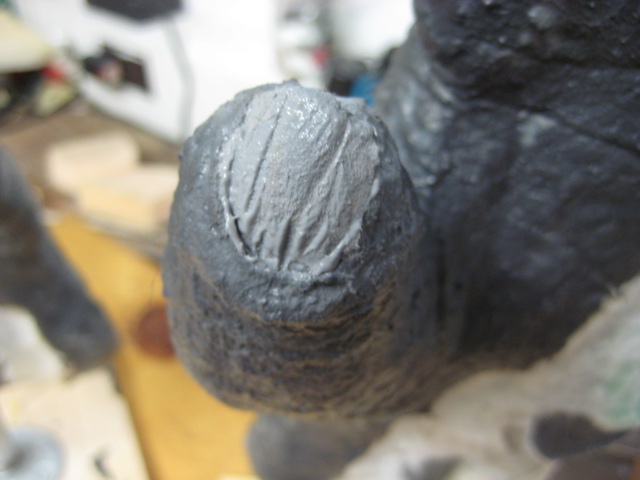 I've been adding many layers of latex to the bottoms all along and now it's time to do the furring.


I like to use two overlapping pieces of fur on feet like this. The first piece covers the back of the foot. 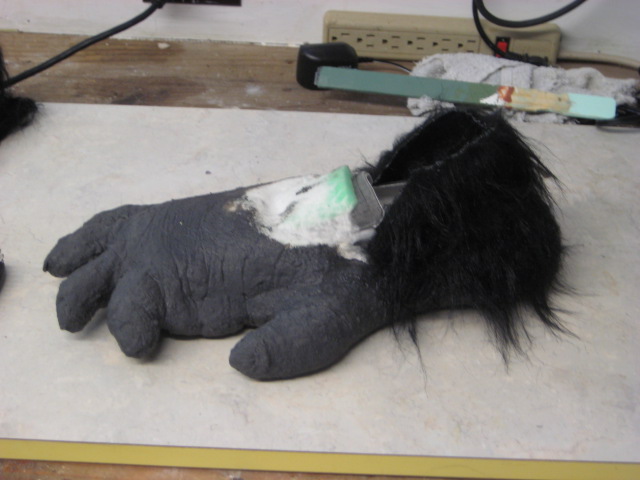 While the second, larger piece covers the front half of the foot and overlaps (but is not glued to) the back section of fur. 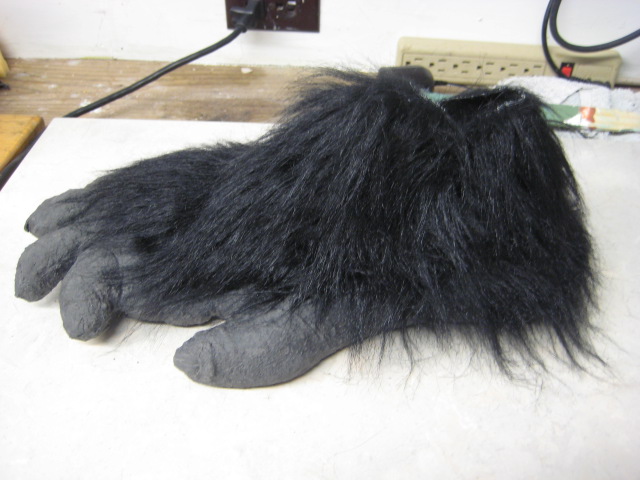 This technique allows non-stretch fur like this to be brought up higher and closer to the ankle than you can normally do. And it also allows the fur to be folded over to make putting the feet on quite a bit easier; 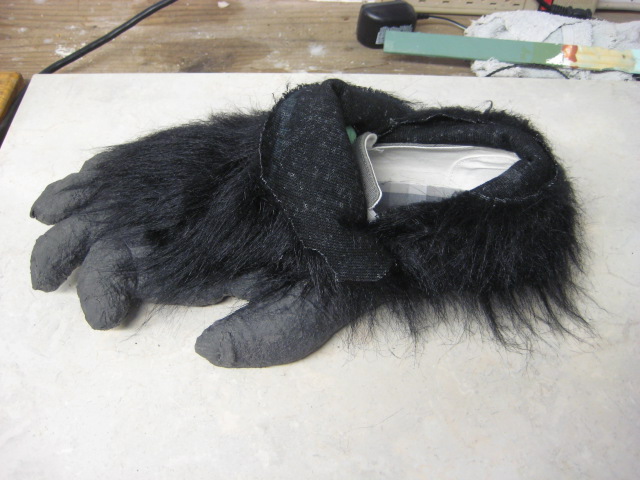 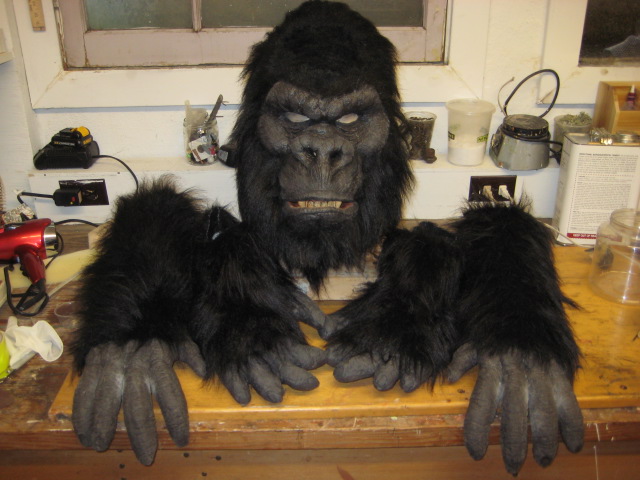 So much for the easy stuff. While doing the mouth is the most demanding in many ways, the main body of the suit is certainly the most cumbersome and awkward to do.
So that's what we'll do… next time.