Here is the first set of work-in-progress photos that complement my interview with Steve Myers, Gorilla Man of the East Coast. Although he is still waiting on some swanky studio shots of his extraordinary suit, Steve sent these off to me a couple of weeks ago but I have been a wee bit green around the gills and have been tardy in getting them up. These shots give you an appreciation of the artistry involved in making a piece of rubber come alive. Hopefully we can see more of the process in the weeks to come. Steve's comments are attached to the pictures. Enjoy! 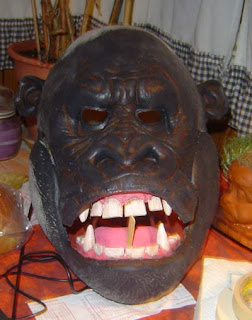 SNEER HEAD'-the sneer mechs attached to the head. No hair. 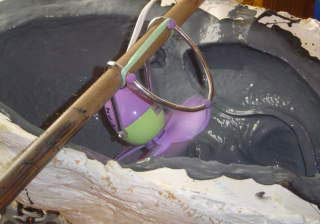 Using a small fan inside the head mold to speed drying time. 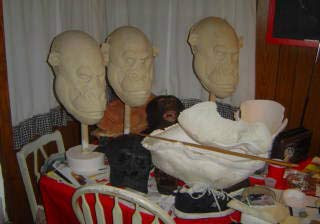 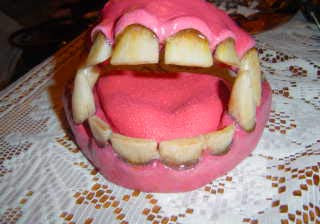 The teeth (upper and lower) before installed in the head. 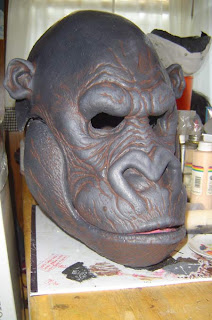 Early stage of painting scheme, which is a three stage process. This is process two. 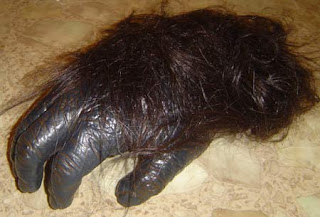 Early test hand with hair. Paint scheme is wrong on this, but still looks "fair" at best.
Posted by Gorilla Man at 11:52 PM