Hairy Horrorthon Halloween Countdown! #4 ..... THE BRIDE AND THE BEAST!

I am forever thankful that the gloriously nutty Ed Wood of PLAN 9 infamy, also created the little gorilla suited gem THE BRIDE AND THE BEAST (1958). This creepy little tale of wed-us interruptus posits that a newly married Charlotte Austin has an inexplicable connection to the caged beast in her husband's basement. Steve Calvert mixes it up in Corrigan's old suit and hungers for a taste of his master's new bride. After the escaped anxious ape is dispatched with a few bullets, the hypnotic investigation into the weird draw our angora clad beauty has to the furry fellow reveals a past lifetime as the Queen of the Gorillas! Though the film doesn't sustain the delightful strangeness of it's first half, devolving into African stock footage, it does feature one of the few white apes of cinema, and for that, deserves a rewatch or two! 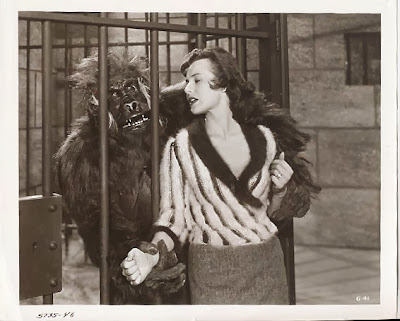 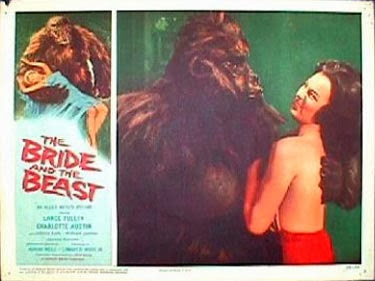 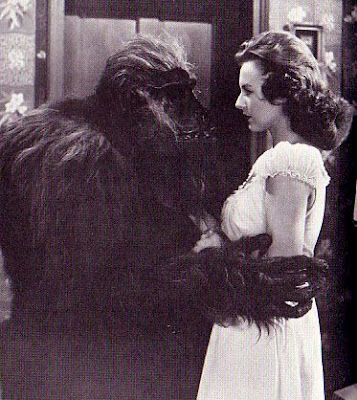 Here's the trailer with a few thoughts from John Landis - a fellow gorilla suit enthusiast if there ever was one!