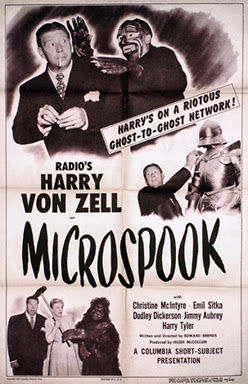 The hairy and horrible countdown continues with the hysterically dreaded film known only as ...Microspook!
This film is tailor made for Halloween...Haunted Houses, masked maniac with a pet killer goriller...and more horrifying than that..Emil Sitka in a goofball low rent gorilla suit getting confused for the real thing! You can't ask for a tricky treat better than that !
Microspook (1949) is in the same vein as the classic " Old Dark House" comedies, made very popular in the 30's and 40's. This is actually my favorite type of gorilla movie, more so than the straight up jungle adventures. They just seem a lot more fun to me!
Microspook stars veteran radio comedian Harry Von Zell, ( Of Burns and Allen fame),Christine McIntyre, and Emil Sitka. 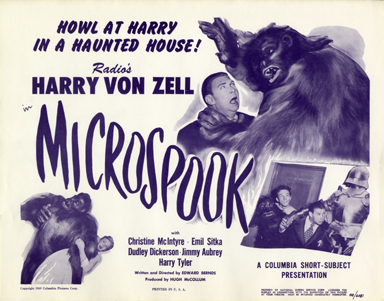 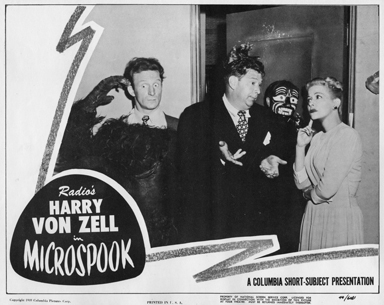 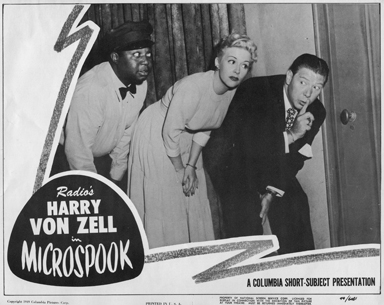 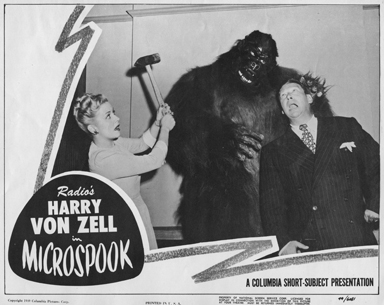 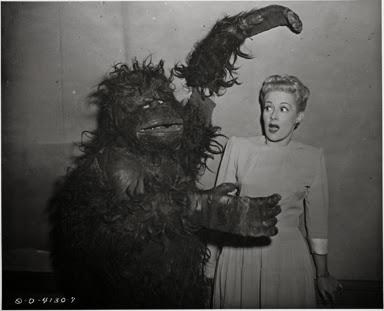 Hollywood Gorilla Man Emil Sitka (Yes, you heard that right!) throws a fright into the lovely Christine McIntyre. On top of this comedic gorilla, Emil also played gorillas in other films, (including Jungle Jim and the Lost Tribe) sometimes wearing the gorilla suits of the great Charles Gemora ! 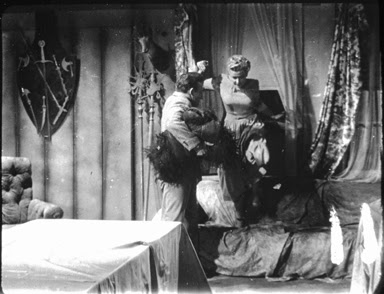 Emil and Christine plot to scare the hell, out of Harry Von Zell ! 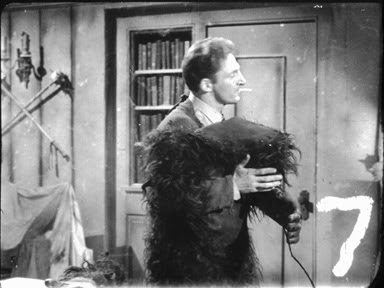 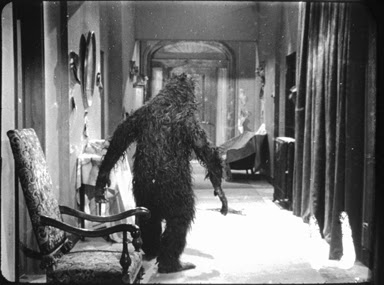 The Mighty Sitka stalks the halls of the haunted house !
What a great profile this suit has ! It's like something from a Don Martin cartoon ! 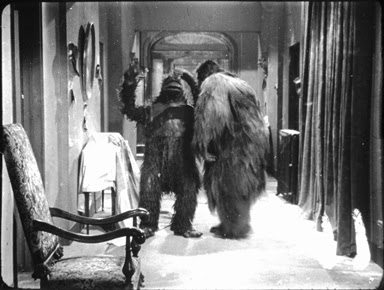 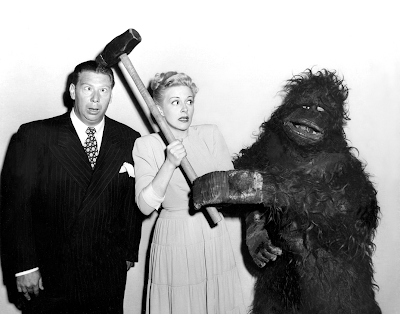 The badness of Emil's suit shines like a spotlight when put next to Ray Corrigans awesome suit,
and makes old Crash's suit all the more real.
﻿
﻿
This leads to mass hilarity that I can only imagine since I haven't seen Microspook yet !
We can get an idea of what it is like through a wonderful article and photos on a website devoted to Emil Sitka , created by his son, Saxon Emil Sitka.