This is it folks!
Old Bongo's favorite Halloween Monkey Movie !...The Gorilla !

The Gorilla stars the wacky, zany, goofy, and sometimes funny Ritz Brothers !
The Ritz's are an acquired taste, and some people can't stand them, but I think their brand of low brow humor is funny as hell ! 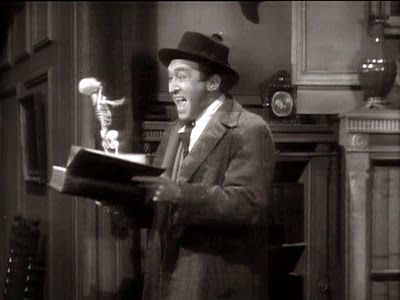 The Ritz's are like an impossible combination of the Three Stooges, and Abbott and Costello....in short...completely nuts !
The supporting cast really puts this film over the top for me though.
The cast features Bela Lugosi ! Lionell Atwill ! The hysterically funny Patsy Kelly!
The stunningly beautiful Anita Louise, And The dashing Edward Norris! 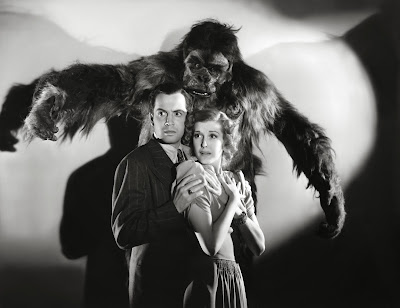 Another cast member who is no stranger to gorillas is Joseph Calleia. Two years after "The Gorilla", Calleia would go on to co-star in the classic Monster and the Girl !
The story is a classic : A terrible murderer is prowling the city...the only clue to his identity ? A note !
On that note, is the threat of death to the victim, and the cryptic signature...The Gorilla ! Our story unfolds in the mansion home of  Walter Stevens. (Lionel Atwill)
The house maid Kitty (the hysterically funny Patsy Kelly !) is relaxing in her upstairs room when A huge gorilla arm reaches in through the window and pins a note to her shoulder. 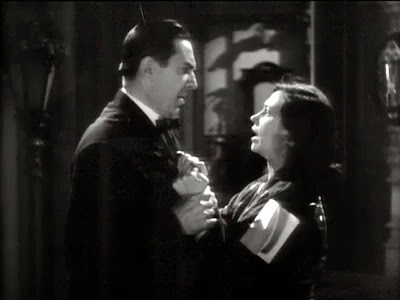 After retrieving the note from the terrified Kitty, Stevens sees that he is to be the next victim of the gorilla. 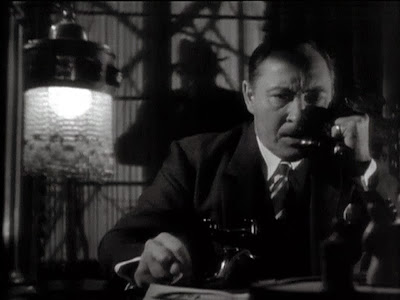 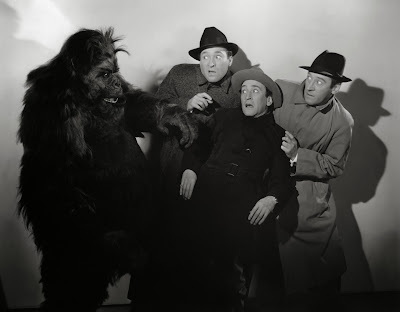 With the detectives to protect him, Stevens is assured of his safety...or is he?
About then, Stevens' beautiful niece (Anita Louise) shows up with her Fiance.(Edward Norris).

What follows is a tour de farce of sliding panels, secret passages, disappearing detectives, and if that isn't enough, a real gorilla lurking around the house ! The gorilla in "The Gorilla" is expertly played by ace gorilla man Art Miles. 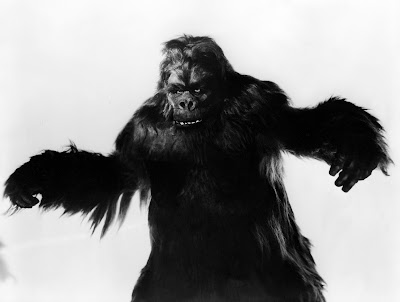 Art's suit was one of the best in it's time, with an incredibly detailed face, beautiful fur quality, and fantastic proportions. The face was well articulated with moving mouth, lips, and nostrils!

Like Corrigans gorilla, Art's had an incredibly wild head of hair ! (think Don King)
The proportions of the suit are excellent, a really massive beast !
The story is for the most part fast moving and really funny. The scenes with Atwill and Lugosi are very memorable and a great showcase for their talents, Lugosi in particular ! 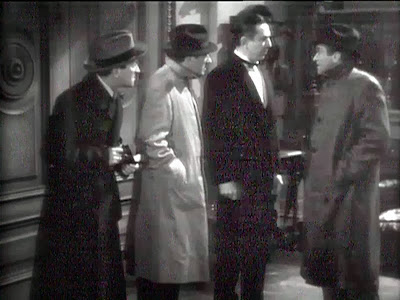 Lugosi's Peters the butler is a great character, very eerie, bordering at times at self parody. You get to see Bela step outside the norm, and pull off some great gags like judo flipping Al Ritz flat on his back ! 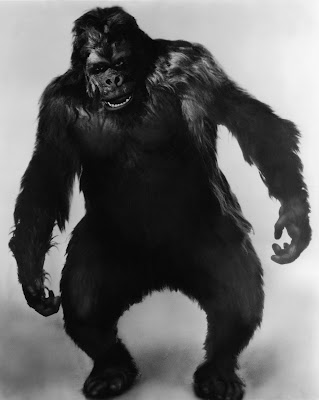 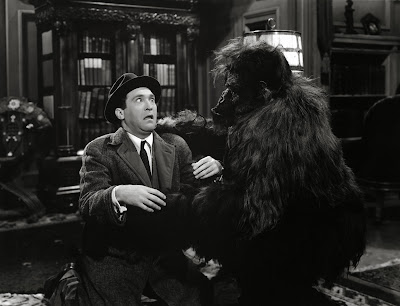 I know it's goofy...I know it's silly...But it's my absolute favorite treat for this very tricky Halloween countdown !
On behalf of Gorilla Man, and myself, Mighty Bongo...We wish you all a very Happy and Ape-y Halloween !