Boo ! Old Bongo here, and we're continuing the countdown with a classic for fans of the "Our Gang", and "Little Rascals", Who Killed Doc Robbin!
Who Killed Doc Robbin was produced by Hal Roach, who did not only the above titles, but also Laurel and Hardy Comedies. The kids are called" Curly and his Gang".
Curly (Larry Olsen) is basically a re-imagining of Spanky of the "Our Gang "series.The other members of Curly's gang have similar counterparts as well.
One note for the faint of heart...If you have a strong belief in politically correctness, don't watch this movie.
Like the "Our Gang/ Little Rascals" films, this is very much a product of it's time, and the racial stereotypes are in full swing. There are two black children are named "Dis and Dat". The younger boy, Dat, looses his clothes to a kleptomaniac chimp, and while the chimp is wearing Dats clothes, the kids can't tell the difference.
Other stars include genre veterans,Virginia Grey, (Target Earth,Unknown Island) and the great George Zucco.
Who Framed Doc Robbin is wonderfully atmospheric, with the haunted mansion and mad lab.
The story is fun, and moves at a fairly good pace, and the kids aren't overly annoying...well there is one...never mind.
But the best thing, my manic monkey minions...is you get to see the great Charles Gemora, in his best gorilla suit, (Monster and the Girl) and in brilliant Cinecolor !
Charlie has a large part in Doc Robbin, as he stalks the kids while lurking through secret passages, sliding panels, and every other old dark house gag. Charlie plays it straight for the most part, and is quite menacing while pursuing the kids. You also get to see many great close-ups of Charlie in his amazing suit. If you like the Little Rascals, and haunted housed with gorillas, you'll love Who Framed Doc Robbin ! 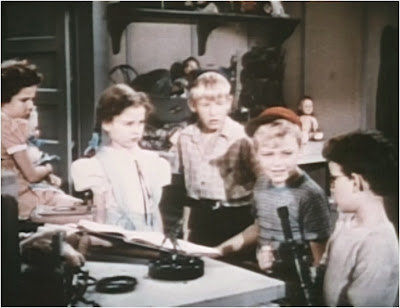 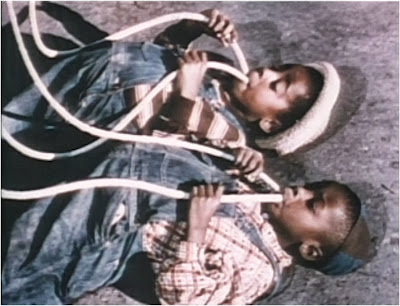 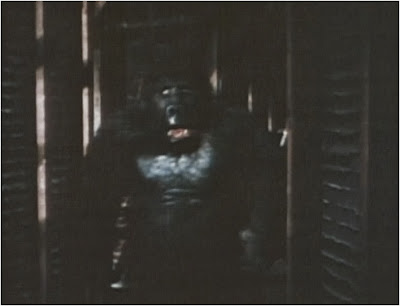 the savage gorilla stalks through the secret passages ! 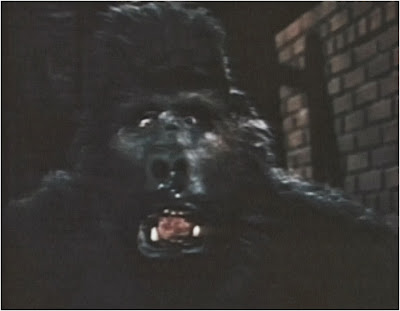 A fantastic close-up of the great Charles Gemora ! 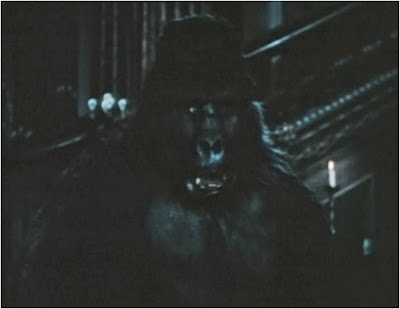 The gorilla prowls the haunted mansion ! 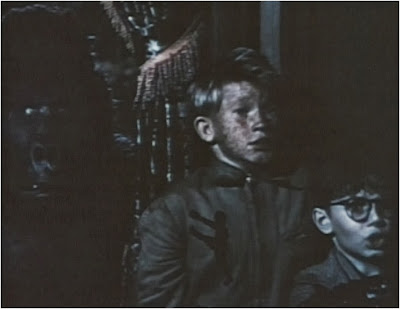 A classic case of "Don't Look Behind You " !

Nothing says Halloween to me like Mansions and Monkeys !
Enjoy the show gang !
Posted by Mighty Bongo at 1:50 PM